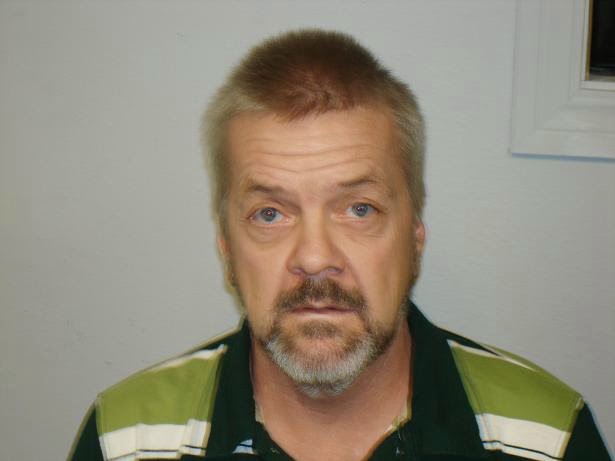 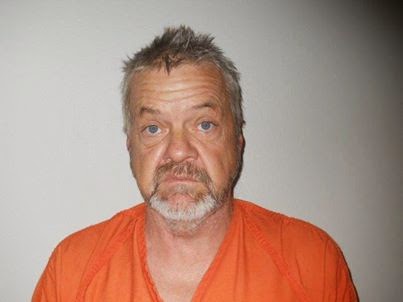 A Muldrow man was charged with murder Tuesday afternoon, it was reported on the Muldrow Police Department Facebook page. The suspect was apprehended Monday after leading police on a pursuit along U.S. Highway 64 between Muldrow and Sallisaw. Kelly Wayne King, 54, faces a homicide charge in the death of Terry Lynn Stuart, 62. Stuart's body was found Monday in the backyard of his home at 1201 W. Sequoyah in Muldrow, covered by a sheet. Arrested Monday after a pursuit was Kelly Wayne King, 54. King has a felony record, and the top photo was taken from the Oklahoma Department of Corrections web site. The second photo was taken as he was booked into the Sequoyah County jail. King was driving Stuart's white Mazda Monday, and was seen driving by Stuart's home by Muldrow police who tried to stop him. But King drove away and fled from pursuers. He was finally stopped on Sallisaw's east side by Oklahoma Highway Patrol (OHP) troopers, after eluding two road blocks. He was later booked into the Sequoyah County Detention Center in Sallisaw for eluding. Police report Stuart's body was seen Monday by a neighbor, who called police. Police later identified Stuart by tattoos, they reported. It was eventually learned that King was temporarily living with Stuart. The OHP troopers reported King surrendered without incident, but that he had been drinking heavily. The Muldrow police called in the Oklahoma State Bureau of Investigation to assist, and OSBI agents were at the scene Monday evening. It was not announced what the cause of death may have been, and Stuart's body was sent to the Oklahoma Medical Examiner's office. Stay tuned to KXMX or visit www.kxmx.com for the latest news. By Sally Maxwell, Senior News Director