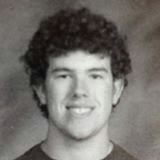 Christian Mayberry's story has gone national. The now 17-year-old (shown above in his school photo in his sophomore year), who tries to recover from a brain injury suffered in an ATV wreck on Sept. 1 last year, now lives in a nursing home in Fort Smith, Ark. His parents, Kim and John Mayberry of Muldrow, believe the story behind his injury involves a cover-up. A national television host decided to tell Christian's story on the Internet. Nancy Grace, a legal commentator and former prosecutor, posted his story on her web site at www.hlntv.com. The story was  written by Christo Taoushiani, and is titled, "Accident or Cover-up? Mother Fights for Son's Justice." Kim Mayberry said Thursday, "That should be his parents and the community fight for son's justice." The Mayberrys, Kim and John, are hoping Grace's story is well read, because, Kim explained, the more who read it, share it, and comment on the story, the more likely Nancy Grace is to feature it on her live television show. That means someone may come forward and offer rehabilitation for the young man. Kim said, "We are desparate to get him out of the nursing home and into rehab where he belongs." Christian suffered serious brain injury on Sept. 1, 2013, when he was reported to have been thrown from an ATV. But an investigation by an Oklahoma Highway Patrol trooper and the district attorney's office found there may be more to the story. Since the accident it was uncovered by investigators that an 18-year-old, Kyle Lewis Brannon, now 19, was allegedly involved in cleaning up the area around the accident scene, and those involved left Christian lying by the roadside for three hours before calling for help. Brannon was charged with obstruction of justice, and he has waived his right to a preliminary hearing. His next court date is Aug. 8, when a district judge will set the time and day for the trial. The Mayberrys, through information from investigative reports, now believe a woman is also involved. They believe Angela Landon Gray, 39, of Muldrow was driving the ATV when it was wrecked. An eye witness reported seeing her drive the ATV before the wreck. According to other witnesses, Gray was drunk, and it is believed she called for Brannon and a juvenile, who is unnamed, to help clean up the wreck scene. Kim pointed out that hospital tests after Christian was hospitalized showed he had no alcohol in his system. The  Mayberrys filed a civil lawsuit against Gray in Sequoyah County District Court on May 15, accusing her of negligence. They ask for more than $75,000 and for help with medical bills. In the meantime, Gray, who was employed in food service for the Muldrow School System, was let go from her job this week. School administrators said the dismissal was a financial decision due to funding cuts. As all that continues, Christian works to recover from his injury. Kim said he has no control on his left side, but he has begun to talk, some. Kim said, "He needs intensive rehabilitation." That's something the Mayberrys need financial help with, and donations may be made at Arvest Banks or at www.youcaring.com. Friends and well-wishers may also keep up with Christian's recovery progress at www.facebook.com/prayformayberry. Stay tuned to KXMX or visit www.kxmx.com for the latest news. By Sally Maxwell, Senior News Director