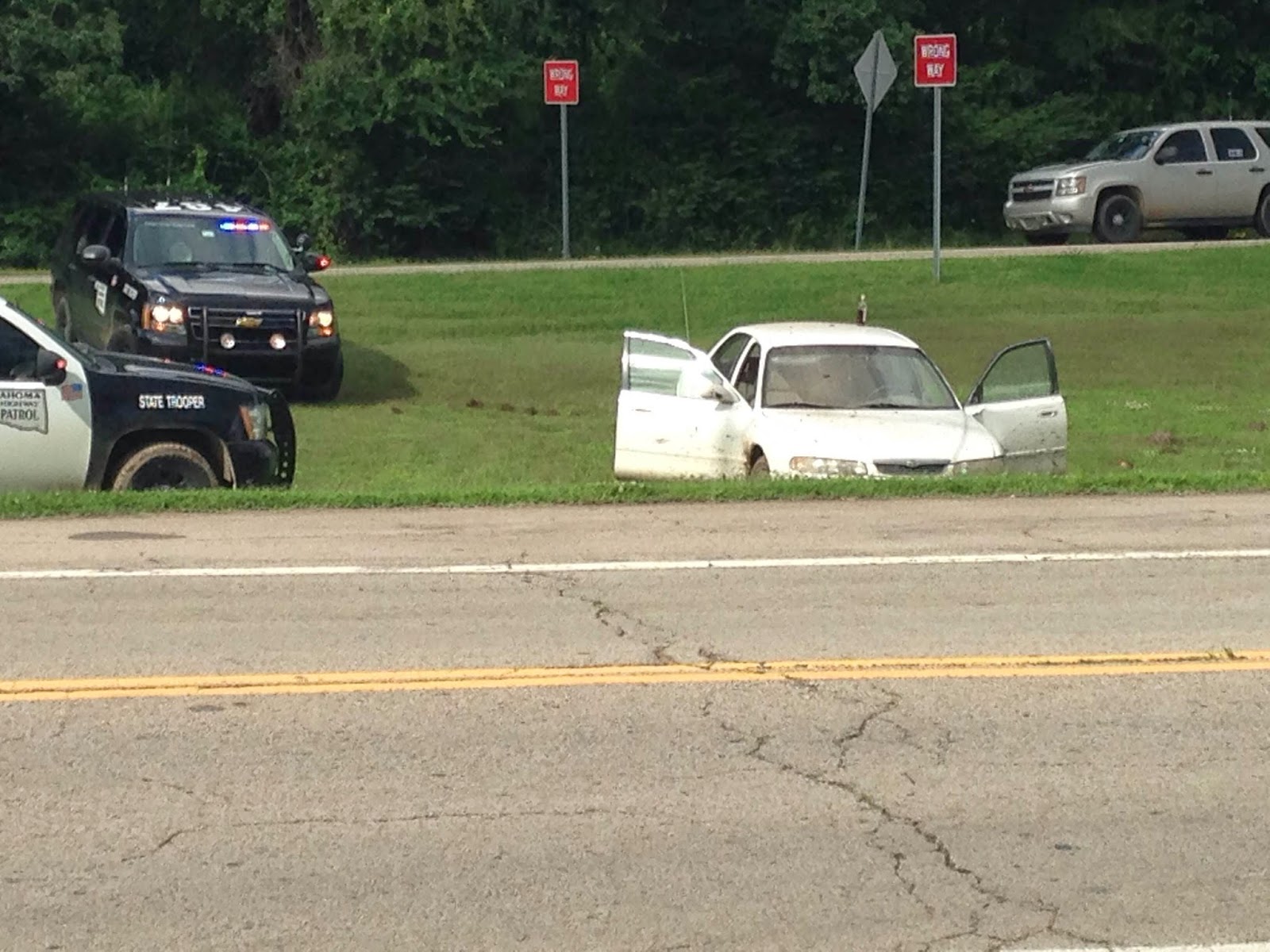 At approximately 4:35pm dispatch received a call from the Muldrow Police Dept. of a high speed pursuit involving a white 1997 4-door Mazda vehicle. The car had one male occupant that was believed to be involved in a possible homicide in the Muldrow area. The car was traveling West on Hwy 64 from Muldrow to Sallisaw. The Sallisaw Police placed spike strips along Hwy 64 located near Mr. Jiff's Convenience Store. It is believed that the car hit the strips and went airborne coming to rest in an area just North of Mr. Jiff's Convenience Store. This is the grassy area located near the I-40 off-ramp. The male suspect is now in custody. While we know the name of the individual involved in this pursuit, we will not release it until given approval by authorities. Stay tuned to The MIX 105.1 for further updates.

For more news go to www.kxmx.com.
Posted by News Team at 5:36 PM