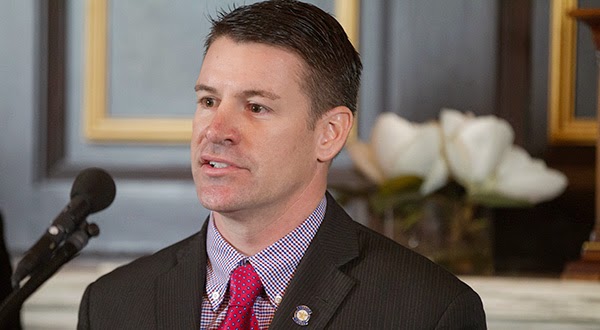 State Rep. John Bennett (R-Sallisaw) on Wednesday praised the House passage of a bill to protect pastors who participate in same-sex marriage ceremonies. Senate Bill 788, which Bennett co-authored, provides pastors and churches with legal protection for acting in accordance with their religious beliefs. It is similar to House Bill 1007, also co-authored by Bennett.

“There is a movement on the left to persecute pastors and churches to the point that they must accept whatever the societal norm is of the day,” Bennett said. “We must pass laws to protect their First Amendment rights and their religious rights as Christians. Just recently the Muslims demanded a Christian church take down a cross because it offends them. The city forced the Christian church to take the cross down. In another event as reported by the Washington Times, Coeur d‘Alene, Idaho, officials have laid down the law to Christian pastors within their community, telling them bluntly via an ordinance that if they refuse to marry homosexuals, they will face jail time and fines. I refuse to sit around and do nothing.  I am a Christian and I will protect religious freedom and I will support any law that protects our pastors and churches.”

The bill is as follows:

Language for SB788: An Act relating to marriage; amending 43 O.S. 2011, Section 7, which relates to solemnization of marriages; establishing exception to certain requirements; and providing an effective date.

E.  Unless otherwise prohibited by law, no person who is authorized by law to perform or solemnize a marriage shall be required to perform or solemnize any marriage in violation of his or her right to the free exercise of religion guaranteed by the First Amendment to the United States Constitution.  No church or qualified church-controlled organization, as defined pursuant to 26 USC 3121, shall be required to participate in a ceremony performing or solemnizing a marriage in violation of the religious beliefs of such church or qualified church-controlled organization.

The legislation is headed to the governor’s desk.