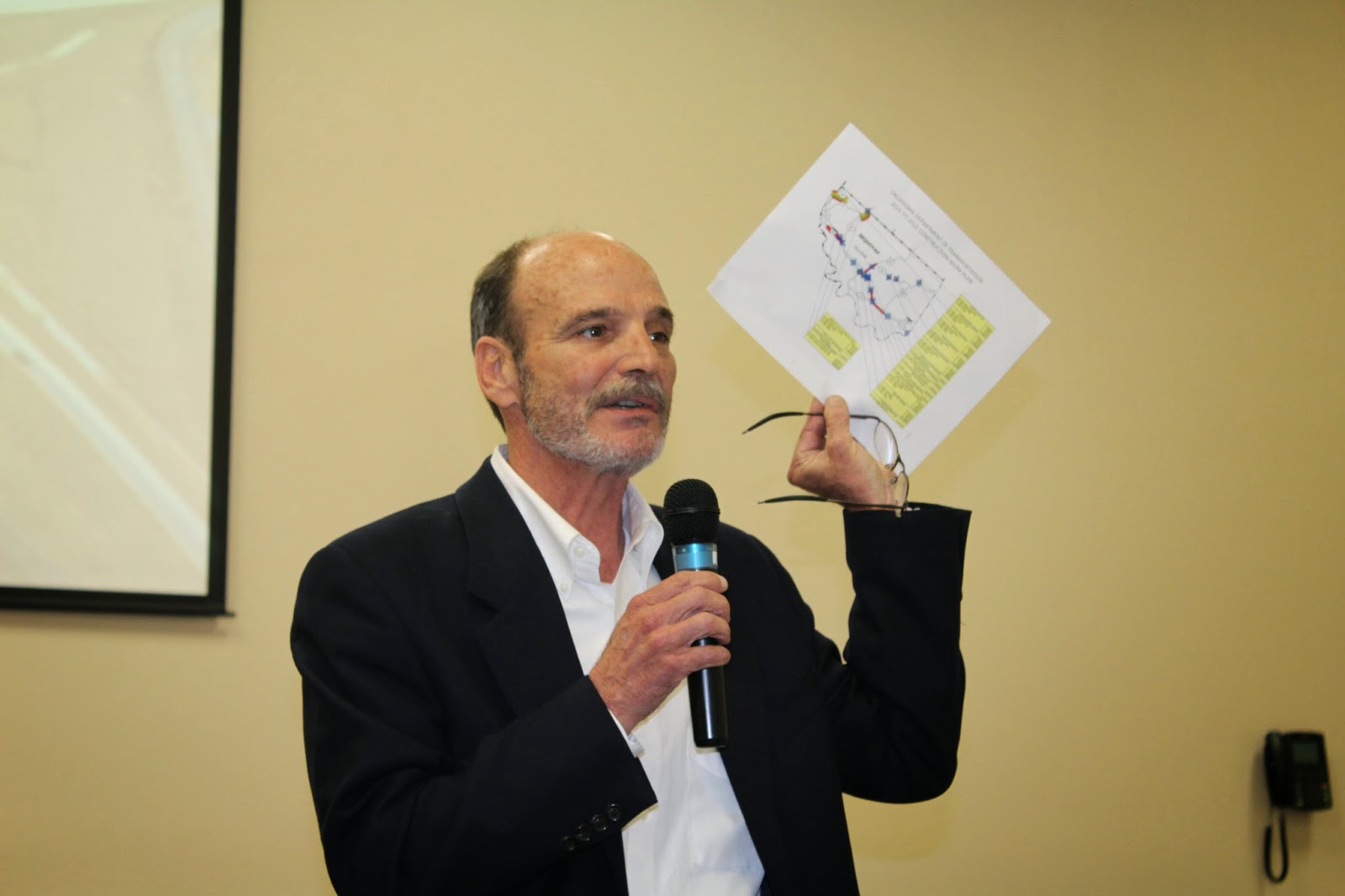 Casey Shell, Oklahoma Department of Transportation (ODOT) chief engineer, and Darrin A. Saliba, above, ODOT Div. 1 engineer, talked about the U.S. Highway 59 project at the monthly membership luncheon meeting of the Sallisaw Chamber of Commerce on Wednesday. Shell and Saliba said the primary purpose of the project was safety, and was decided upon after data about the number of accidents on the highway was collected. ODOT, Shell said, “has to focus on safety.”

Questioned by chamber members and residents along the highway, Shell and Saliba said the accident information was available from ODOT, and from State Sen. Mark Allen (R-Spiro). Residents say the project, to widen the highway to four lanes and replace Hog Creek bridge, is taking too much rights-of-way from residents along the highway and will impact businesses in Sallisaw where the widened highway intersects with Cherokee. Shell and Saliba said that intersection could be looked at again, but accidents on the intersection of Highway 59 and State Highway 101 north of Sallisaw were ninth highest in the division. Division 1, based in Muskogee, includes Adair, Cherokee, Haskell, McIntosh, Muskogee, Okmulgee, Sequoyah and Wagoner Counties. Also, Saliba pointed out, the bridge over Hog Creek, although apparently sturdy, is over 80 years old and is too narrow.

Saliba said a 1999 engineering study about a truck bypass route around the north and west sides of the city showed that solution to be too costly. “The benefit wasn’t high enough for the cost,” Saliba said.

The engineers said the project has been delayed by about 18 months due to the high cost of relocating the utilities. The City of Sallisaw is concerned about the cost, for which the city must pay, of moving telecommunication and electric lines. The city is to be reimbursed for the $2 million required to relocate the water and sewer systems, but will not be reimbursed for the $700,000 to relocate power and telecommunication lines. Shell and Saliba said ODOT is working with the city on the funding for the relocation. When told the city may never have the money to move those utilities, Shell and Saliba said ODOT could possibly loan the city the money for the relocation. Shell said, “We will look at ways to minimize the impact.”

Earlier at the meeting, Arvest Bank was named the Chamber Member of the Month.