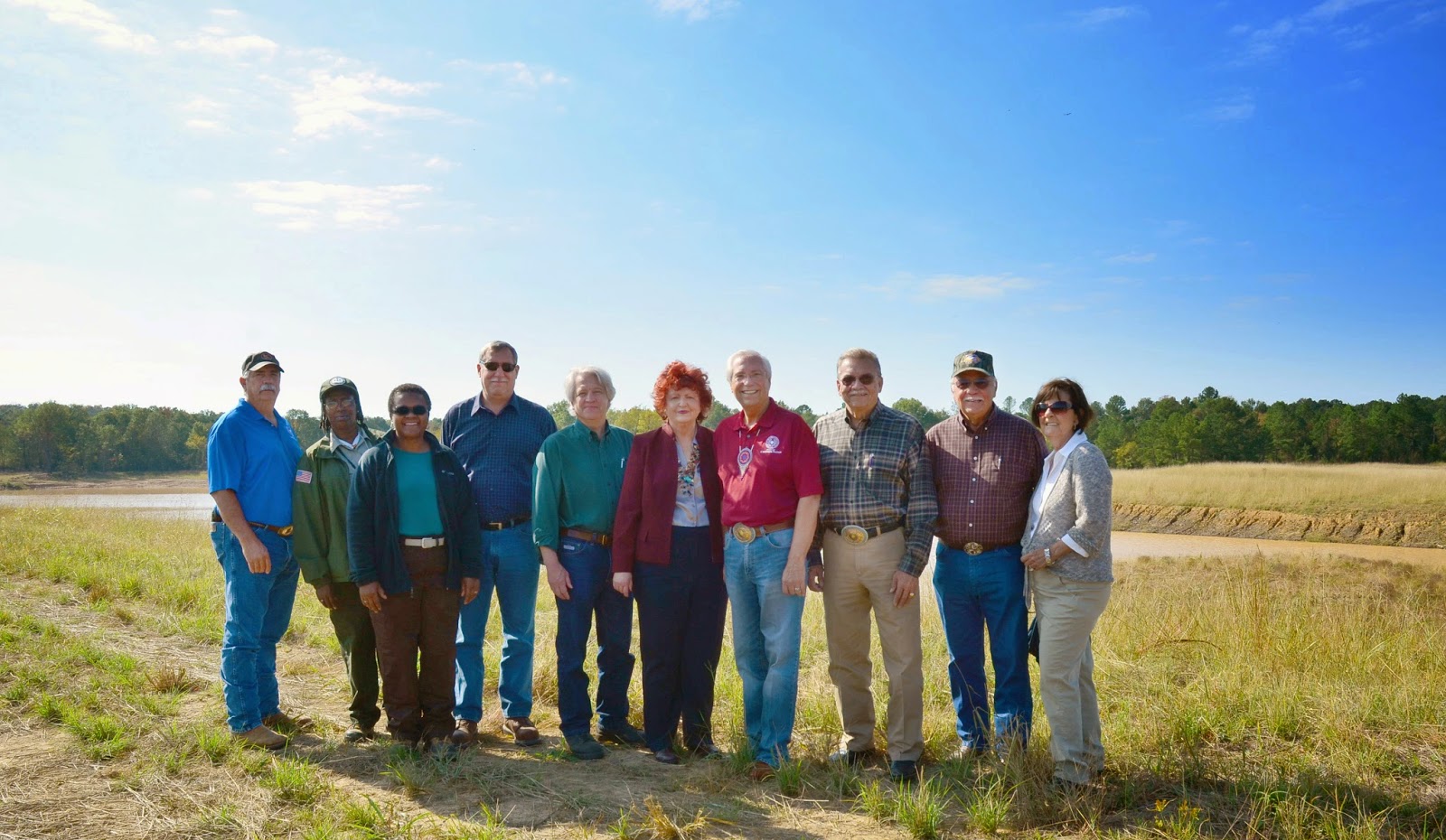 About 100 acres of former abandoned coal mines in Sequoyah County now have lush bluestem and other native grass, a 25-acre lake and an abundance of wildlife. The Cherokee Nation worked with the U.S. Department of Interior for the past year to replace high dangerous embankments and fill in strip pits to restore the area back to productive, usable land.

The Cherokee Nation received a $2 million abandoned mine land reclamation award from the U.S. Department of Interior, which uses money from coal companies to restore former mining sites considered the highest priority or dangerous. The Cherokee Nation is the only tribe in Oklahoma to receive reclamation funding. Officials with the U.S. Department of Interior took a tour of the site Wednesday with Principal Chief Baker and tribal leaders to see the finished project.

Baker said, "Anytime we can do a partnership and bring technical assistance and funding to make Cherokee Nation land safer and more usable is a win-win. Native Americans were the first conservationists to take care of the land, and, in turn, it takes care of us. To come back and fix blight on our land left by others and get it back to something our people can use and be proud of is truly a blessing."

The 100 acres at Sallisaw Creek Park was purchased by the federal government for the Cherokee Nation in the 1940's but was unusable. In 2013, the Department of Interior worked with the tribe to design and construct the reclamation project. It used contractors to level mounds of dirt that was unearthed from mining and replaced the top soil on the acreage. The two tracks were also reseeded with native grasses and replanted with native trees.

Pizarchick said, "We had great cooperation with the Cherokee Nation in order to get reclamation that met the tribe's needs and eliminated dangers that were posed by the abandoned mine lands so that it could be restored and productive. It was a great partnership designing the project, and the construction was completed in a timely manner."

The Cherokee Nation currently plans to use the area for recreation. The tribe also has 10 acres of trust land near Porum reclaimed through the same program.