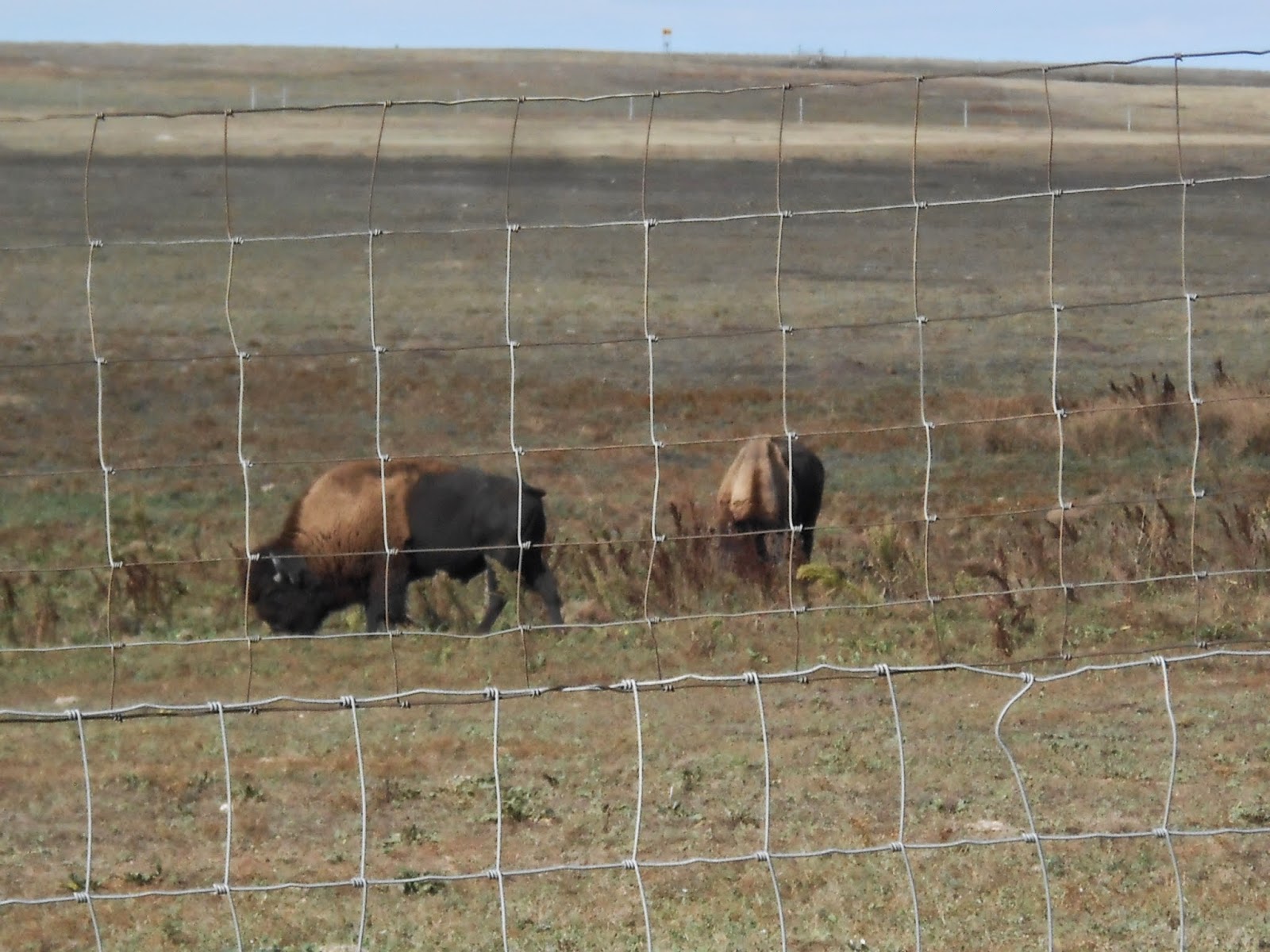 After a four-decade absence, bison, above, are returning to Cherokee Nation tribal land. A herd of bison were delivered today to the Cherokee Nation from the Badlands National Park in South Dakota. Another 10 head of bison will be delivered to the tribe in mid-October from Theodore Roosevelt National Park in North Dakota. The Cherokee Nation last raised bison in the 1970's for tourism. Cherokee Nation Principal Chief Bill John Baker said, "Typically associated with plains-based tribes, the American bison also played a critical role for the Cherokee prior to colonization. Hundreds of years ago when bison roamed east of the Mississippi, the Cherokee people survived, in part, by using bison as a vital food source. Today, there is a nationwide resurgence by tribes, including the Cherokee Nation, to reconnect with these animals." The InterTribal Buffalo Council, headquartered in Rapid City, South Dakota, awards its member tribes surplus bison from national parks each year. The Badlands National Park and Theodore Roosevelt National Parks each have about 400 head of surplus bison every year. The Cherokee Nation's natural resources department manages 22,000 acres of tribally owned land in northeastern Oklahoma. The bison will be placed on 1,000 acres in Delaware County.