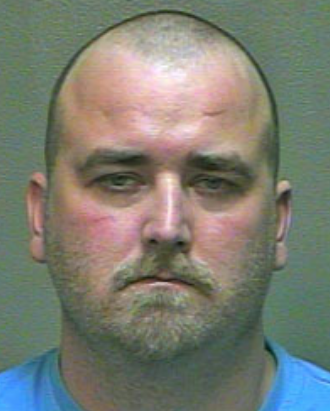 The suspect being held for an incident which occurred at the state capitol Thursday evening, was charged and booked into the Oklahoma County Jail this weekend, the Oklahoma Highway Patrol announced Monday morning. Michael Tate Reed, 29, of Roland was formally charged with the following:

Reed was also charged with four counts of felony assault and battery with a dangerous weapon, which stemmed from incidents that occurred during his initial emergency order of detention on Friday.

Chief of Patrol Colonel Ricky Adams, said, "This incident has the full attention of my office. We take this matter very seriously and are reviewing exactly what took place and areas we can improve. Our goal is public safety, any modifications to our security procedures we make in the future will be in pursuit of that goal."

Reed was taken into custody Friday after he was found at a federal building in Oklahoma City, threatening the president and admitting he crashed a car into a Ten Commandments Monument. Reed was then taken to an Oklahoma County mental facility for an emergency order of detention and mental evaluation. He allegedly told investigators that Satan made him do it. His family, interviewed in Roland by the media, said Reed was injured in an accident four years ago, which affected his mental health. By Sally Maxwell, Senior News Director