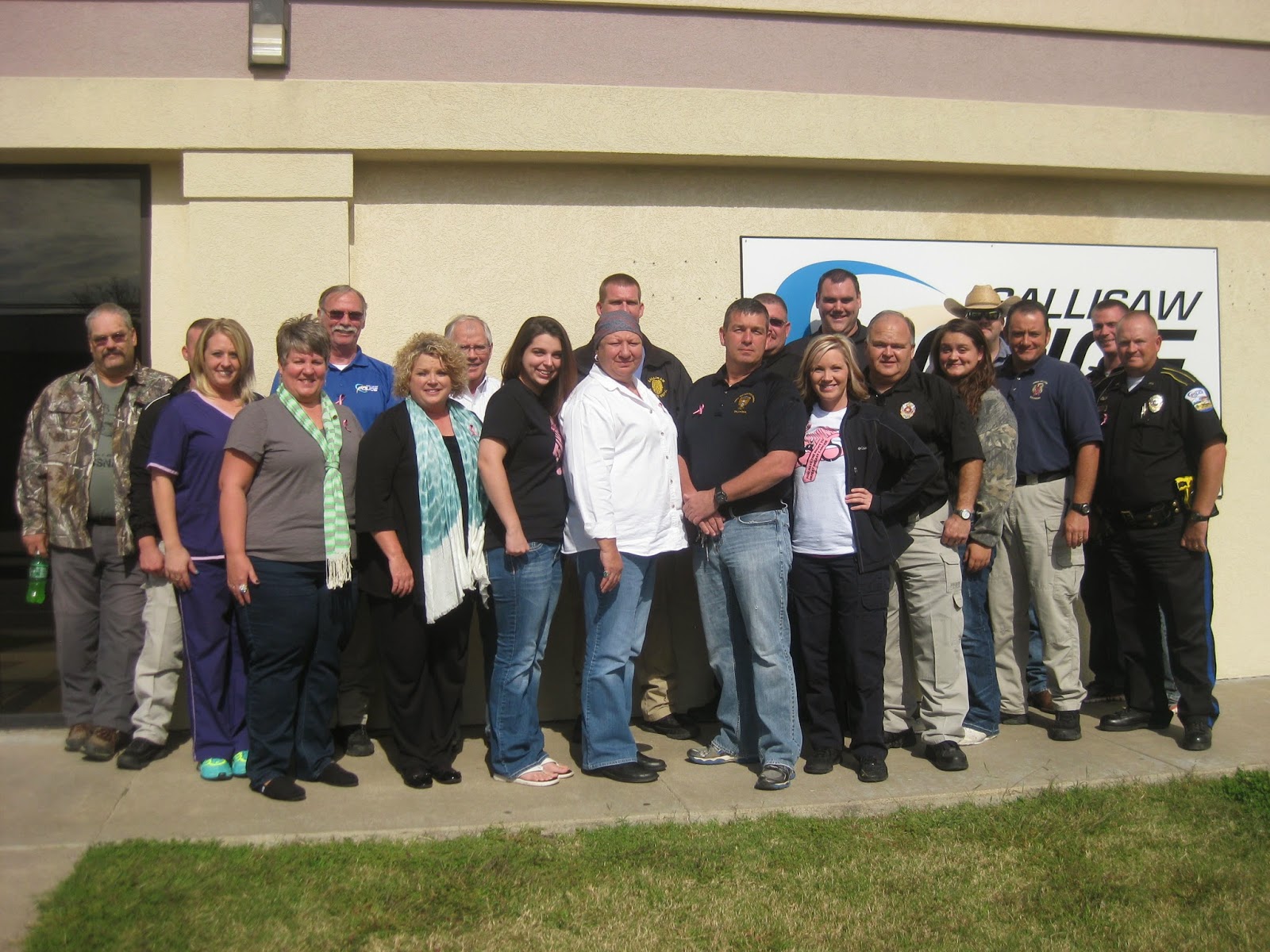 Members of the Sallisaw Police Department demonstrated support for their officers who recently underwent or are presently undergoing treatments for various cancers. Officers, their families and friends gathered for a lunch and show of support Thursday at the police department. The three members of the 22-member department who have beaten cancer or are currently under treatment are Billy Oliver, who recently completed treatment for a cancer of the neck; Sandra Girdner, who is undergoing treatment for tumors; and DeShawn Barron, who was undergoing her last treatment on Thursday and was unavailable for the photo.

Police Chief Terry Franklin said, "Because October is National Cancer Awareness Month, we wanted to recognize some of our family who are undergoing treatments or just finished treatments." Franklin said the police department is like an extended family. "We're like any other family," Franklin said. "We may have our disagreements, but when we need each other, we will be there standing behind them."

Barron has been with the department for almost 10 years, Oliver has been with the department for six years, and Girdner for almost 20 years, for a total of 36 years. "They've put in over 36 years, and are still working if they can. We appreciate them and want to thank them for their service," Franklin said. He added, "This is also Sandra's birthday." Franklin concluded, "We wish them all a speedy recovery and good health in the future."