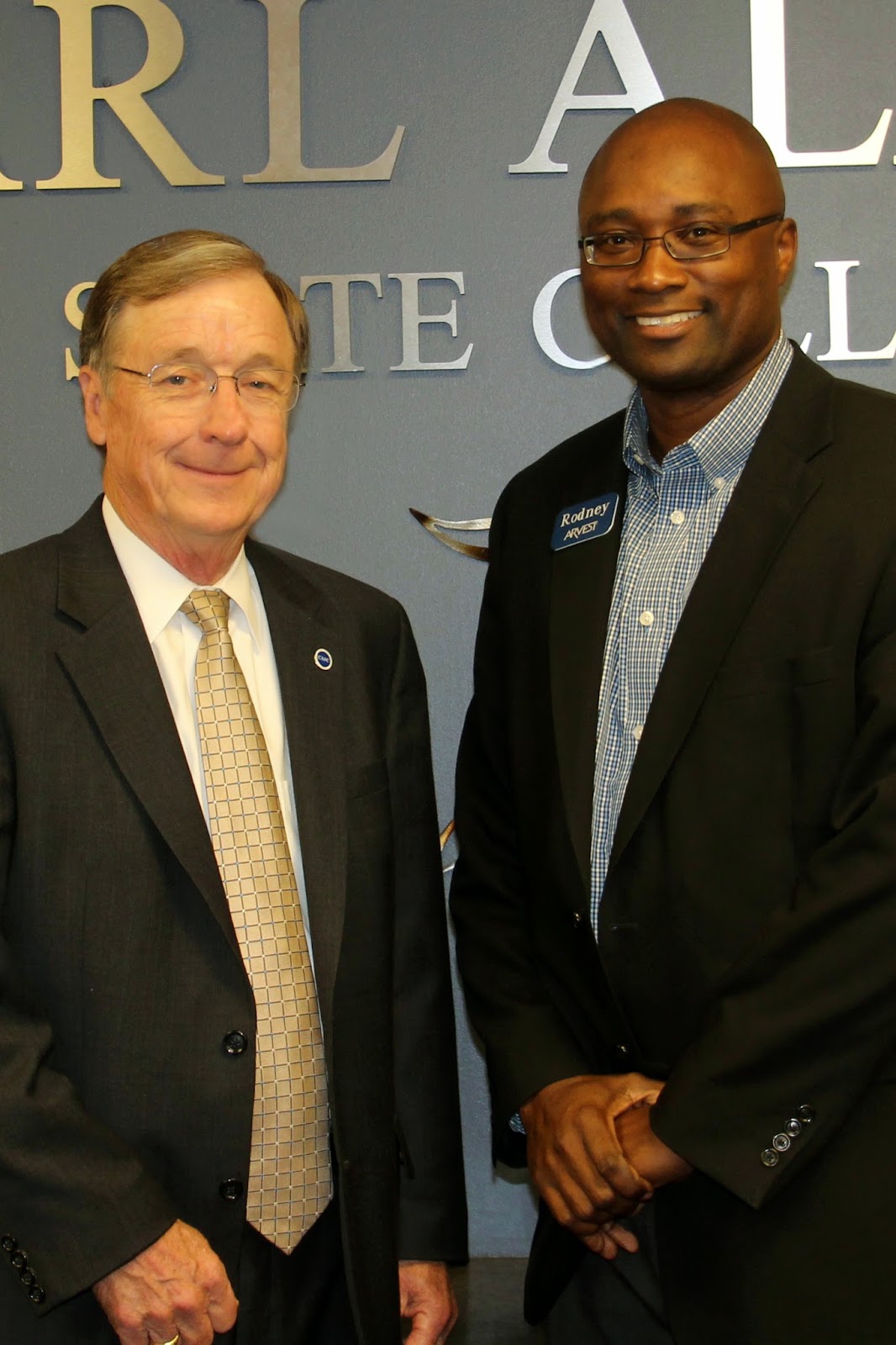 Rodney Shepard, President and CEO of Arvest Bank of Fort Smith, spoke to students of the Carl Albert State College Scholars Program on Oct. 21, and visited with CASC President Garry Ivey (above). Shepard, a native of Roland, is a graduate of Carl Albert State College and a prime example of how a CASC student has climbed the ladder of success. From CASC he went on to earn a bachelor's degree from Northeastern State University and a master's degree from Webster University. He is a graduate of Mid-South School of Banking, completed the ABA Commercial Lending School, and also completed the Graduate School of Banking program at Louisiana State University. In honor of his accomplishments, Shepard received the Distinguished Alumni Award at CASC in 2006.

Shepard shared that he attended CASC as a member of the Scholars Program. "Two of the best years of my life were at Carl Albert. I learned lots and had an awesome time." He went on to say, "My best friend today is someone I met here." Shepard talked to the students about life and encouraged them to not only complete their degree but to never quit learning. He encouraged them to value relationships, value other people, have a positive attitude, and find their passion. He also stressed to them the need to find balance in life. Shepard's community involvement reflects his commitment to leadership and service. Shepard is a graduate of both the Leadership Fort Smith and the Leadership Springfield programs. He has also served on many boards in the Springfield and Fort Smith Areas.