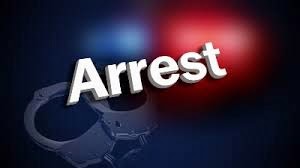 A 28 year-old Vian man faces two counts of assault and battery upon a police officer, along with other charges, when he fought being arrested February 22.

According to the police report, Bennett was stopped for an expired tag on his vehicle.  He was cuffed and placed in the patrol car.  However, when officers were searching his vehicle, Bennett got out of the patrol car and resisted further attempts to keep him under arrest.  The officers reported he kicked one officer in the chest with his feet.

The report also alleges Bennett had four bags in his vehicle which tested positive for methampheta- mines.

For more stories visit us at www.kxmx.com
Posted by News Team at 8:30 AM