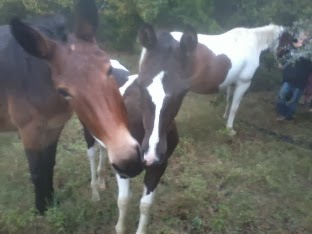 An investigation is being conducted by the Sequoyah County Sheriff's office regarding a stolen mule.  A Sequoyah County resident said his mule was stolen from the property he is leasing and was found tied to a tree on another property, dead.  Ron Lockhart, Sequoyah County Sheriff, said the owner of the land where the mule was discovered gave authorities his statement.  However, he is not the one who stole the animal.

Authorities do have a person of interest, but do not have enough evidence to charge him, according to George Borman with the Sheriff's office.  He is identified as Brian Walker.  Currently Walker is in the Sequoyah County Detention Center on charges of carrying firearms after a conviction, possession of controlled substance, possession of stolen property, evading an officer and more.  He is being held on a $62,000 bond.

The Sequoyah County Sheriff's office said Walker also is under investigation for stealing a horse in another town.

For more stories visit us at www.kxmx.com
Posted by News Team at 7:53 AM