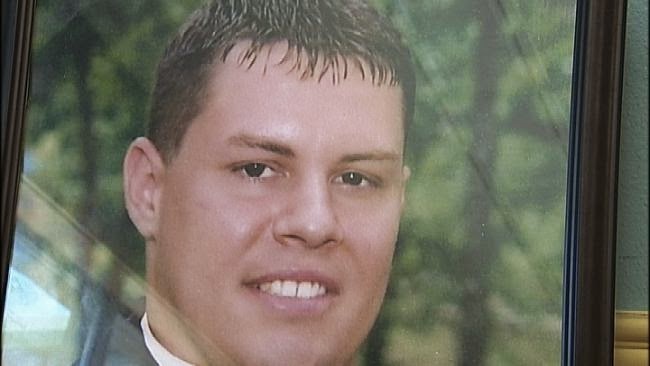 The search for a missing Webbers Falls man, Stephen Adams, was unsuccessful Friday, authorities reported.  District Attorney Brian Keuster said tips led authorities to search a two-acre plot near Keys with ground penetrating radar, but the excavation turned up nothing.

However, Keuster said coverage by the media has turned up some new leads which his office will follow up on.  Keuster has set up a dedicated tip line for the Adams case.  The number is 918-207- 6019.  Tips may also be sent to coldcase.tips@da27.org.


Adams disappeared on December 13, 2004.  A student at Northeastern State University, Adams was in Tahlequah and called his girlfriend to say he was giving a ride to someone and was on his way to Webbers Falls.  He was reportedly last seen at a Cookson Hills grocery.  Neither Adams nor his pickup truck, a 1995 Chevrolet, were ever seen again.  Keuster said his office will continue the invest- igation into what most believe is now a homicide.

Adams, 26 at the time of his disappearance, was a 1997 graduate of Webbers Falls High School.