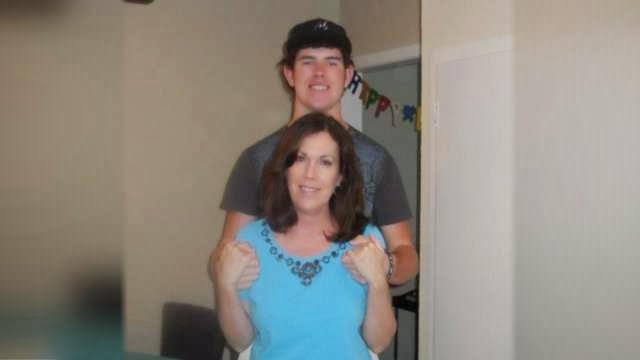 Christian Mayberry from Muldrow is recovering from an ATV accident that took place last year.  He suffered severe head injuries.  Mayberry celebrated his seventeenth birthday on Tuesday February 25.  He was scheduled to be moved to Ft. Smith's Methodist Health & Rehab on the 26th from the Kaiser Rehabilitation Center at Hillcrest Medical Center in Tulsa.  However, according to his mother Kim Mayberry, doctors at Kaiser feel he needs at least three more weeks of intensive therapy.  She said services have been offered pro bono by the Ft. Smith facility.

The accident occurred on September 1, 2013 about five miles south of Muldrow on Sequoyah County Rd 4750.  The ATV Mayberry was driving left the road, crashing into the ditch.  He was ejected appro- ximately twelve feet.

The family has had a lot to celebrate recently, his mother said.  Not only his birthday, but how well he's doing.  He's expected by the doctors, within a few weeks, to be able to eat without a feeding tube.  He can whisper and his voice will sometimes come through.

You can go to the Pray for Mayberry Facebook page for updates on Christian.  Also, there is a tip line available for anyone with any information on the accident.  That number is 918-822-2901.

For more stories visit us at www.kxmx.com
Posted by News Team at 9:30 AM