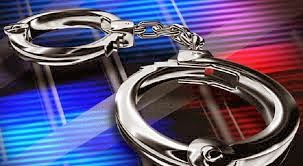 Thomas Jeremy Dale Condit, 37, was booked into the Sequoyah County jail on domestic violence charges, conspiracy to commit assault & battery and contributing to the delinquency of a minor.  He was released early Wednesday afternoon on a $6,000 bond.  His son was released to family mem- bers.


Authorities said Condit and his wife separated Friday, March 14.  Condit took his son to confront his wife late Tuesday.  He stayed at the gate of the residence at Sequoyah Little Farms while the teen- ager went into the home and became involved in a altercation.  The male in the home fired a warning shot into the floor.  No one was shot during the altercation the investigator said.

The incident is referred to as a domestic situation, not a home invasion as originally thought, the investigator said.