The Need to Stand for the Right to Life; By State Rep. Jim Olsen 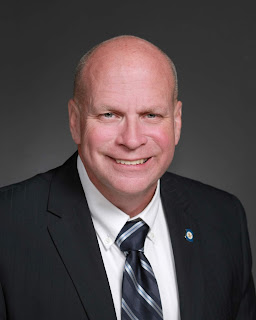 In our Declaration of Independence, we declared that there are certain unalienable rights, most notably, the rights to life, liberty and the pursuit of happiness.

If innocent people have a right to life, may I ask, who is more innocent than an unborn baby? What crime have they committed to be worthy of death? Surely we would all be united in the defense of innocent, unborn children.

Many people object here by arguing that it is not a baby until it is born. Before birth, the baby is merely a clump of cells, so removing it is like removing a cyst or cancerous growth in your body. According to this line of thought, there is nothing wrong with abortion. Besides, an unborn baby can’t survive on its own without its mother anyway. So, therefore, an unborn baby doesn’t have a right to life.

It's amazing what some people can convince themselves of, isn’t it?

Intuitively, most women who have had a baby know their baby was alive in the womb. They fondly recall the first time they felt the baby move. Just look at the expression on a woman’s face when she tells you about how her baby reacted to her touch and voice while in the womb.

In the past, we didn’t know much detail about how quickly a child develops after conception. Today, we know that only 21 days after conception, a baby has fingers, toes, a heartbeat and brainwaves! At 12 weeks, the baby can smile in the womb. How could anyone take the life of a baby now that we know these facts to be scientifically accurate?

Well, since a baby can’t survive with their mother, it has no right to life. Really?
I have a precious one-year-old grandson. I can tell you that without his mother, or someone else helping him with nearly everything, he would not live very long. Doesn’t he still have a right to live?

We see lessons in history that mirror this. In Nazi Germany, official government documents that were used to teach and train citizens likened Jewish people to rats and roaches. They convinced the public to treat them as less than human and that they were not quite people. We remember the years of tragedy that followed, don’t we?

If you and I went back in time to Germany in the ‘30s and ‘40s, would you and I have defended the right to life of the Jewish people? I would like to think I would have done the right thing.

Well, it’s not 1941, but the question for us today is, will you and I defend the life of unborn babies in this day and hour.

Surely, it is our obligation as a civilized people to defend the right to life! Let’s stand together and pray together that elected officials and courts on the state and federal levels will recognize the right to life! The unborn babies are depending on us!