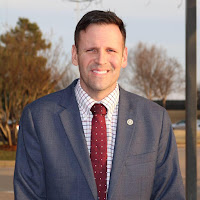 After a hearing last Friday, the Supreme Court ruled today (Wednesday) that Walkingstick and his attorneys, Brian Berry and Jason Reese, offered no additional testimony or evidence to support the allegation that Walkingstick illegally used funds from the Cherokees for Change LLC for his campaign.

“The Court … finds that the conclusions reached by the Election Commission are supported by sufficient evidence for the Commission to reach its conclusion disqualifying Walkinstick (sic),” the Supreme Court decision states.

It lists as principal among that evidence was Walkingstick’s campaign associate, Rusty Appleton, served as the listed financial agent for the campaign at least officially until May 6, and after he created the Cherokees for Change LLC on Feb. 21. The Court contends that during that time, the LLC “actively campaigned for Walkingstick with a website, videos, two mailings, solicitation of donations and other activities.” The Election Commission also found that both a physical address and a post office box were shared by Walkingstick, his campaign and CFC.

The Supreme Court decision further states that it is unrefuted that CFC raised $59,625 and expended $25,884.92 entirely in support of Walkingstick and his running mate without reporting any of this financial activity to the Commission.

Appleton contends in an affidavit that Walkingstick knew he had created CFC as an LLC entity to accept donations and make expenditures for his candidacy. Several campaign contributors signed affidavits that they were directed to Appleton and CFC when they advised they didn’t want names listed on financial disclosures.

In the Supreme Court’s conclusion, they concur with the Election Commission’s findings.

“All of this activity and the record demonstrate the Election Commission properly found that the facts constitute evidence that Walkingstick knew Appleton had created Cherokees for Change to solicit and receive contributions in support of his candidacy and he and Appleton had engaged in solicitation of unlawful campaign contributions,” the Supreme Court order states in its conclusion. “Most importantly, all of this was done outside of the control and knowledge of the Election Commission.

“It is therefore the decision of this Court that the disqualification of Principal Chief Candidate David Walkinstick (sc) by the Election Commission is hereby affirmed,” states the decision, signed by Chief Justice James G. Wilcoxen, and Justices Lee W. Paden, Lynn Burris and John C. Garrett.