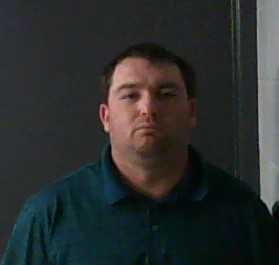 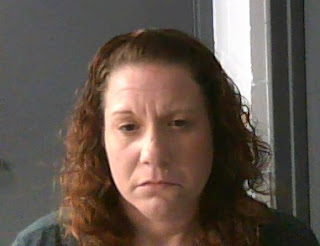 A vehicle chase through parts of Sequoyah and Adair counties ended with the arrest of two people Sunday evening.

Sallisaw police were dispatched at approximately 4 p.m. Sunday, May 5, after receiving information that a man at the Sallisaw Walmart attempted to make a fraudulent return, according to Police Chief Terry Franklin.

As an officer arrived, a man ran out of the southeast grocery exit towards a white, 2005 Chevrolet pickup parked near the exit. The officer turned on his emergency equipment and drove up to the truck, directly in front of it, in an attempt to block the vehicle in.

“The male suspect jumped into the vehicle, which then pulled out at a high rate of speed, ramming the right front of the police car causing damage,” Franklin said.

The officer then engaged in pursuit of the vehicle with two suspects in the pickup. The truck then went north on Kerr Boulevard, then turned northbound onto Highway 17. The pursuit continued for several miles until the truck turned down a dead-end road. The officer exited his vehicle, expecting a foot chase, but advised that the truck made a circle at a high rate of speed and came back at him.

At that time, the officer fired his service weapon at the front driver's tire, according to Franklin. The pursuit then proceeded north towards Cave Springs School. Just past the school and with the assistance of a Sequoyah County deputy, the Sallisaw officer attempted a rolling road block. The truck drove onto the shoulder area, then came back onto the roadway, hitting the officer’s unit and spinning out, ending the pursuit.

Kandra L. Taylor, 38, of Stilwell, and Brian T. Bolin, 34, also of Stilwell, were taken into custody. They were charged with two counts of fraud, two counts of eluding, aggravated assault, leaving the scene of a property damage accident and failure to stop at a roadblock.

None of the officers involved were injured; the suspects sustained minor cuts from the accident.