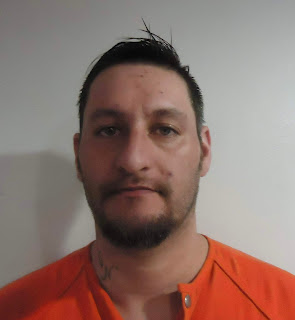 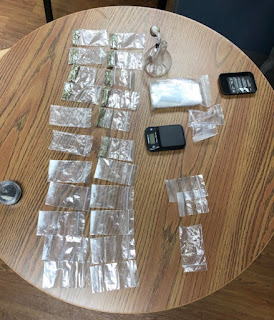 A Sallisaw man was arrested Friday afternoon after drugs were found in his hotel room.

Jerry Frye, 35. was arrested when Sequoyah County Sheriff's Deputies and investigators teamed up with officers and detectives from the Sallisaw Police Dept. to execute a narcotics search warrant at a local hotel.

"The Sheriff's Office has been working with the Sallisaw Police Dept. in an ongoing investigation into the distribution of illegal narcotics in our county and in the City of Sallisaw. It's common for drug dealers to rent hotel rooms to deal their drugs from and this attracts unsavory types of people to our hotels. We commonly have thefts from vehicles at hotels and tenants sometimes find used syringes and paraphernalia laying around the parking lots," stated Lane.