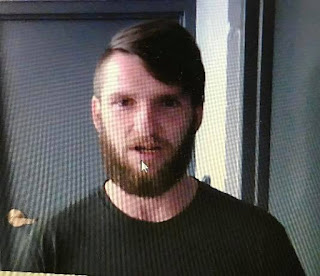 Sallisaw police continue to search for a city jail inmate who escaped from a work detail last week.

Mark Wilson, 25, of Muldrow, was working as a trustee with an inmate work detail last Friday when he walked away into a wooded area at the Sallisaw Landfill, according to Sallisaw Chief of Police Terry Franklin.

“We’re still looking for him,” Franklin said of the continued search. “If anybody sees him, give us a call.”

Wilson is not considered dangerous, according to Franklin. He only had one or two days left of the time he was serving in the Sallisaw City Jail for a traffic violation – driving under suspension.

Franklin said there was a hold with the Sequoyah County jail on warrants for failure to comply with lawful order and CDS, or control of a dangerous substance.

Anyone with information regarding Wilson's whereabouts is asked to contact the Sallisaw Police Dept. at 918-774-4141 or contact your local police or sheriff's department.