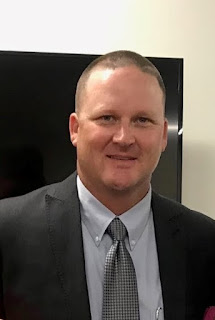 Sallisaw Superintendent Jeremy Jackson has notified staff and school board members that he is resigning his position as of June 30.

Jackson, who was hired last May to replace Scott Farmer, who resigned to take the Fort Gibson school superintendent position, said he and his family have decided this is what’s best for them at this time.

“It’s not the right fit right now for my family and I,” Jackson said.

Jackson’s wife, Jennifer, has been a middle school language arts teacher, and coach for middle school girls’ basketball and track.

“Jennifer and I, when we came to it – this is what we needed to do for our family,” Jackson explained. “We have a vision of education – equality for all. We look at the kids in our hallways and we do the best we can to provide education for every one of them.

“We want to give each one of these kids the best opportunity for success,” he added.

Jackson said neither he nor his wife have accepted other positions, although they have had “some offers.”

“We’re trusting in the Lord with a lot of prayer,” Jackson said. “It’s been a great year for me. I love being a superintendent.”

Jackson said he notified the school board members and human resources last Friday of his and his wife’s resignations, both of which will be on the May school board meeting agenda.

A special board meeting will be held at noon tomorrow (Thursday) to possibly discuss recruiting for applicants.

Jackson will complete his contract, which runs through June 30.

“I want to finish the school year strong,” he said. “They deserve to have the very best person here to work with them. My administration team has been amazing. It’s been a great year.”

Jackson said it had been an amazing opportunity to be part of the Black Diamond family for the past year.