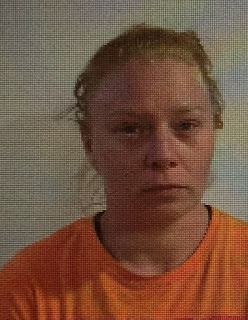 The suspect in the murder of a Sallisaw man has entered a plea and bond has been set.

Nicole Marie Jordan, 32, of Sallisaw, entered a plea of not guilty to second degree murder in the death of Vernon Plummer, 44. Jordan allegedly shot Plummer twice with a .380 caliber pistol on March 23 at their home, 464124 E. 1100 Road.

According to the arrest affidavit, Jordan claims she and Plummer were arguing and he began to hit her with an open hand and assaulting her with a horse whip. She told deputies Plummer told her to get her gun and to shoot him or he would take the gun and shoot her. She claims she shot Plummer in the side, with the bullet going through and exiting his body. She states the gun jammed, or she would have shot him again. Jordan cleaned up some of the blood, then the couple sat together and watched a movie while she claims Plummer would not let her call 911.

Jordan then claimed Plummer was unconscious and she left to hide the truck per Plummer’s earlier request. When she returned, Plummer was awake and they began to argue. As he stood up and came at Jordan, she claims she fired another shot, not certain if she hit him or not, and left the residence. Authorities found her at her father’s residence nearby with the gun.

Bond was set at $150,000 during a hearing on April 5. Jordan is represented by a private attorney.

A discovery hearing in the case is set for Wednesday before Associate District Judge Kyle Waters.