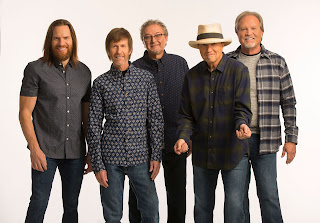 Iconic country band Sawyer Brown is set to play at the Cherokee Casino and Hotel Roland on May 10.

The show is free to the public.

The concert at Cherokee Casino & Hotel Roland on May 10 starts at 8 p.m. in Lee Creek Tavern and is standing room only.

Sawyer Brown has released 20 studio albums, of which three have been certified RIAA gold in the United States. “The Dirt Road” from 1992, 1993’s “Outskirts of Town” and 1995’s “Greatest Hits 1990-1995” gained the status by selling more than 500,000 copies each. More than 50 of their songs have entered the U.S. Billboard Hot Country Songs charts, including three No. 1 singles, “Step That Step,” “Thank God for You” and the fan-favorite “Some Girls Do.”

The band’s singles have charted 19 total Top 10 hits, including “Café on the Corner,” “The Walk,”

The band bounds onto the stage night after night, delivering its own unique brand of high-energy entertainment, and remains a perennial favorite at fairs, festivals, theatres and casinos.