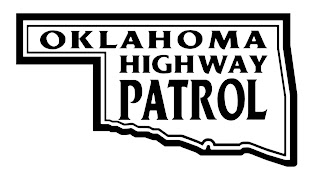 This week the Oklahoma Highway Patrol  announced the opening of applications for the 66th Oklahoma Highway Patrol Academy. This is the first academy to be introduced since the 65th OHP Academy initiated its cadets in January 2018, graduating 29 new Troopers on June 15, 2018. The proposed start date of December 1, 2019 will mark almost two years since a new class of candidates has occupied the OHP Academy Third Deck living quarters, and the first to live there since its dedication to Lieutenant Ronnie Johnson #92, the first black male to graduate from the OHP Academy as part of the 23rd Academy in 1968, breaking the racial barrier and paving the way for minorities.

Colonel Michael S. Harrell, Chief of the Oklahoma Highway Patrol, remarked, “The announcement of the 66th OHP Academy heralds the dawn of a new era for the Patrol. We have worked diligently to put all the tools in place to move the agency forward into the future with a membership that reflects the rich diversity of our state’s population, standing solidly on the tradition of integrity, self-discipline, and unwavering professionalism.”

“Chief Harrell and I are proud of the legacy of the Patrol, and the men and women who have chosen to carry it forward,” stated Department of Public Safety Commissioner Rusty Rhoades. “There is no greater honor than to serve this state as a peace officer, especially a member of the Oklahoma Highway Patrol, and I look forward to welcoming our newest cadets into its elite ranks. Law enforcement is a lifestyle, not just a career, and those chosen to participate in our rigorous residential academy will graduate understanding its full implications.”

Applications will be available on www.jointheohp.com and www.ohptroopers.com, beginning April 15th, or call (405) 425-7709 for more information.