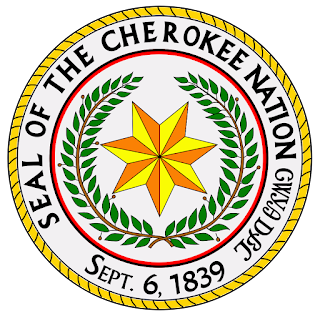 The Cherokee, Chickasaw and Choctaw Nations filed a Federal lawsuit to bring an end to the uncertainty Oklahoma Governor J. Kevin Stitt has attempted to cast over Tribal gaming operations. The suit names Governor Stitt in his official capacity and seeks a judicial declaration that the gaming compacts renew in accord with their express terms, effective January 1, 2020. The Nations provided a copy of the Federal complaint to Governor Stitt, along with a letter explaining their reasons for filing it. Counsel for the Nations, former United States Circuit Judge Robert Henry, provided a companion letter and copy of the complaint to Oklahoma Attorney General Mike Hunter.

While revenue-share rates have generated significant public interest, the Nations’ lawsuit does not address those matters. It instead calls for the court to declare the legal effect of the compact’s Part 15.B., which states—

This Compact shall have a term which will expire on January 1, 2020, and at that time, if organization licensees or others are authorized to conduct electronic gaming in any form other than pari-mutuel wagering on live horse racing pursuant to any governmental action of the state or court order following the effective date of this Compact, the Compact shall automatically renew for successive additional fifteen-year terms.
(Emphasis added.) As the Nations emphasized in their letter to Governor Stitt, “the dispute—like the lawsuit—is about renewal, not rates.”

The Nations have publicly offered statements and analyses that support their position on renewal, including a legal opinion from former Solicitor General of the United States Seth Waxman that concluded:

The renewal provision in the Tribes’ gaming compacts with Oklahoma is not ambiguous. Under that provision’s plain language, the compacts will renew automatically when they expire on January 1, because the provision’s sole condition precedent for automatic renewal is unquestionably satisfied. Each of the contrary arguments I have seen to date simply cannot be squared with fundamental principles of contract interpretation.

Without offering support or analysis for his position, Governor Stitt has repeatedly and publicly rejected renewal, instead choosing to criticize Tribes for not working on a new compact with him and insisting the current compacts terminate and falsely declaring Tribal gaming unlawful in 2020.

Regarding the Nations’ lawsuit, Chickasaw Nation Governor Bill Anoatubby said, “We have a solemn duty to protect the sovereign rights of our Tribal Nations as well as the interests of our citizens. While we prefer negotiation to litigation, the Federal court is now the only reasonable alternative to bring legal certainty to this issue. We remain hopeful we will continue to have a productive and mutually beneficial relationship with the State of Oklahoma once we have resolved this issue.”

“The Governor’s stance on the gaming compact has created uncertainty and has been seen as a threat to our employees and our business partners. We see this legal action as the most viable option to restore the clarity and stability the Tribes and Oklahoma both deserve by obtaining a resolution that our compact does automatically renew. As elected leaders, it is our responsibility to uphold the compact, honor the will of the Oklahomans who approved State Question 712 and the Federal law that defines our relationship with the State on these matters.”

"The Cherokee Nation is committed to being a good partner in our community and with the State of Oklahoma as we have done across two centuries and will continue to do as a peaceful, sovereign nation. Governor Stitt has made comments about “uncertainty that exists” regarding Class III gaming after January 1, threats to our casino vendors and their livelihoods and demands for redundant audits. We have little choice but to ask a Federal judge to confirm the compact’s automatic renewal on Jan. 1.”

While the Seminole Nation was not a party to the lawsuit on filing, Chief Greg Chilcoat said Governor Stitt’s public position had triggered concerns among vendors and others who work with Oklahoma Tribal governments, causing some to worry about instability in the State’s economy. “Rather than respectfully engage with the Tribes and seek an amicable resolution, Governor Stitt has continued to insist on our compact’s termination,” Chief Chilcoat said. “While his position is completely at odds with our compact’s language, he has succeeded in causing uncertainty that has an economic consequence. His inconsistent approach has been unfortunate and unnecessary.”

“The Tribes remain firmly united on the automatic renewal of the compacts. We have communicated our position to Governor Stitt on numerous occasions in hopes of finding a practical path forward benefitting both the State and Tribes. That said, as leaders of sovereign nations, the Tribal leaders must honor the compacts and will continue to do so on January 1, 2020, as they’ve done the past 15 years. Tribal leaders have the right as well as the responsibility to protect their citizens. Tribal leaders applaud the action taken today by the Cherokee, Choctaw and Chickasaw Nations to seek certainty on the matter of automatic renew through the Federal court.”