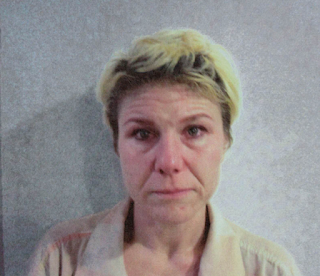 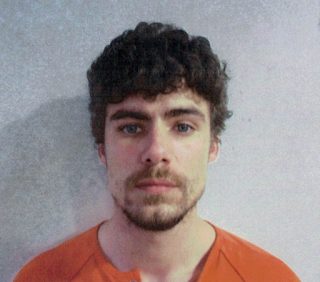 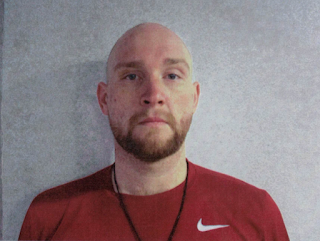 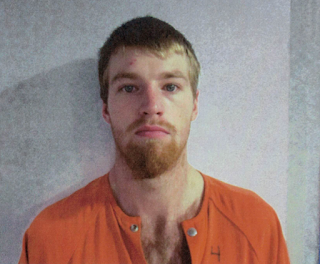 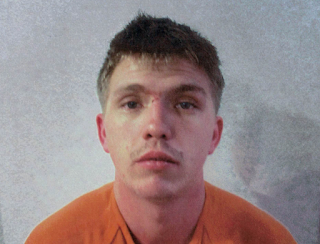 Six individuals were arrested on Jan. 24 after Sequoyah County Sheriff’s Deputies and Investigators, along with detectives from the Sallisaw Police Department, executed a narcotics search warrant on Bawcom Road, near Muldrow.

When officers arrived at the residence they observed a white male, later identified as Larry Weaver Jr, jump out a window of the residence and flee on foot. Officers pursued Weaver through a wooded area until they came to Big Skin Bayou Creek. Weaver jumped into the creek and swam across to the other side. Deputies felt that it was unsafe to enter the creek, so they went around to a crossing point.

After exiting the creek Weaver stole a John Deere tractor and fled through a pasture, knocking down fences and gates, while the officers pursued him. Weaver finally came to a point that he could go no further and the officers were able to remove him from the tractor and place him into custody for numerous outstanding felony warrants in both Crawford County and Sebastian, Arkansas. Meanwhile other officers entered the residence, where they found six other people inside. These people were then secured and officers began their search of the residence.

Inside the home, officers found substances that tested positive for the presence of methamphetamines as well as items which are commonly found in the distribution and use of methamphetamines including scales and packaging materials. Also found was a firearm, and miscellaneous drug paraphernalia.

Another person, identified as Jodie Deon Pack, drove up during the raid and was found to be in possession of substances that tested positive for the presence of methamphetamine. It was discovered that Pack had resided at the residence for about two weeks.

Sheriff Larry Lane said, “This raid stems from an ongoing, combined, investigation by the Sequoyah County Sheriff’s Office and the Sallisaw Police Department into the distribution of methamphetamine in Sequoyah County”.
The following individuals were arrested in the raid;

Zachary Ray Vest, 30, Muldrow. Vest was charged with Distribution of CDS (meth), Possession of Firearm in commission of a felony, Possession of CDS, and Possession of drug paraphernalia. Bond was set at $22,000. Vest also had an outstanding arrest warrant for Failure to Pay on a charge of possession of CDS from a 2019 case, with a $750 cash bond.

Kyle Hannah, 29, Roland: Hannah was arrested on a warrant for Failure to Appear on uttering forged instrument. Bond was set at $2552.25 cash.

Karl Williams Jr, 22, Muldrow: Williams was arrested for two outstanding warrants; Failure to Appear on Larceny charge. Bond was set at $2000 and Fail to Appear on 2nd degree burglary with a  bond of  $2727.75 cash.

Larry Weaver, 24, Fort Smith: Weaver was arrested for outstanding warrants from Sebastian County Arkansas and Crawford County Arkansas. There were also new charges added including Resisting Arrest, Larceny of Farm Implement, Escape after Arrest, Assault on police Officer, Malicious Injury/Destruction of Property. (after former conviction of a felony x 2). No bond was allowed.

Kelsee Flynn, 26, Muldrow: Flynn was arrested on an outstanding warrant from the Town of Muldrow.

“We have a great working relationship with the Sheriff’s office and will continue to aggressively pursue the drug dealers, both in Sallisaw and throughout Sequoyah County," added Sallisaw Police Chief Terry Franklin.