Rainwater Convicted of Murder and Sentenced to Life in Prison 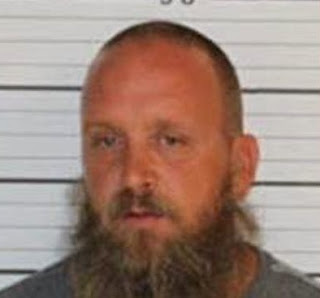 On Friday a jury found Richard "Ricky" Don Rainwater guilty of Second Degree Murder and First Degree Robbery for the murder and robbery of Larry Lane Sr. in 2018.

Lane, the father of Sequoyah County Sheriff Larry Lane, was strangled in 2018 during an apparent robbery at his home in the Keys community.

In a recorded interview  and confession aired for jurors on Wednesday, Richard “Ricky” Don Rainwater told investigators he placed a chokehold on the elder Lane until he went limp. The medical examiner ruled Lane died of strangulation.

Rainwater was arrested Sept. 3, 2018, at a mental health hospital in Memphis.

The murder trial took place at the Cherokee County Courthouse in Tahlequah.

The First Degree Robbery conviction carries with it a 20 year sentence.

"Jack Thorpe and the entire prosecution team did a great job. They were very passionate and really fought for a conviction," Sheriff Lane added.

Formal sentencing will be held on Feb. 20th. At that time the judge will decide if the two sentences will be served concurrently or consecutively.