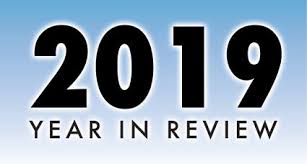 Sequoyah County commissioners recall 2019 as a busy year filled with lots of positive events but tempered by Mother Nature and the flooding that devastated the area in the spring.

District 1 Commissioner Ray Watts said the biggest news story of 2019 was the catastrophic May flooding that forced schools to close and devastated farmers’ crops.

Watts said “getting farmers back in business” was his main focus after the flooding. Making sure roads were passable was a vital task that allowed farmers to get their crops planted, he pointed out.

District 2 Commissioner Steve Carter said Thursday that 2019’s biggest news story in his district was the decision to build the new veterans center in Sallisaw. Construction will begin soon, he said, and it’s “the hottest item we have coming up in the county.”

The 175-bed veterans’ facility planned for Sallisaw will employ 300 people, he said.

Carter said the resurfacing project on Dwight Mission Road is also one of his top 2019 achievements. The project, the largest funded project in Sequoyah County, is a joint partnership with the Cherokee Nation, which donated $8.8 million.

Jim Rogers, commissioner for District 3, said 2019 was the first year since he has been in office that the county didn’t have to rely on outside funding. “This is the first time we have transferred to a new fiscal year without borrowing a penny,” he said. “It was definitely a team effort.”

Rogers also named the veterans center as his top news story of 2019, followed closely by the flooding that ravaged the area.