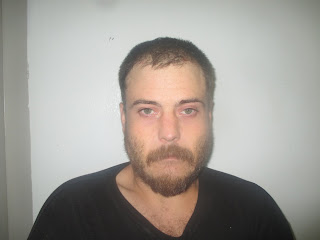 A father accused in the 2017 death of his infant daughter pleaded no contest Jan. 16 to a felony charge in the case.

Records show that Jacob Colby Henning, 33, of Sallisaw was sentenced to five years in the Department of Corrections for assault with intent to commit a felony. He was ordered to attend Drug Offender Work Camp, the Bill Johnson program or a similar program.

Upon completion of the work camp or similar program, Henning’s sentence will be suspended and he will remain under the supervision of the DOC. The court will review the sentence in nine months, records reveal.

In December 2017, Henning and Bretta Workman were charged in the death of their three-week-old daughter. The baby was found unresponsive and an investigator said at the time that the parents appeared “to be under the influence of … methamphetamine.”

The couple admitted to using meth in the hours before they put their daughter down to sleep with them on a piece of foam on the floor of their residence. Workman told the investigator that when she woke up later in the day she discovered the infant under a blanket and “down in the hole where the foam had slid over her.” When she picked up the baby, she had blood around her nose and mouth and was “cold to the touch.”