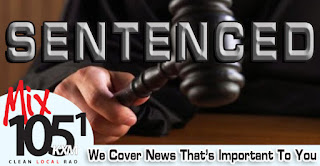 The United States Attorney’s Office for the Eastern District of Oklahoma announced that Billy Ray Flynn, age 65, of Stilwell pleaded guilty to aggravated sexual abuse in Indian country, punishable by not more than life imprisonment, a fine up to $250,000, or both.
The indictment alleged that on or about Jan. 31, 2020, the defendant, an Indian, did knowingly use force against a young girl and forced her to perform a sex act.
The charges arose from an investigation by the Cherokee Nation Marshal Service and the Federal Bureau of Investigation.
The Honorable Kimberly E. West, U.S. magistrate judge in the United States District Court for the Eastern District of Oklahoma, in Muskogee, accepted the plea and ordered the completion of a presentence investigation report.
Special Assistant United States Attorney Courtney Jordan represented the United States in the case.
Laura Brown, KXMX Staff Writer
For more news stories stay tuned to The MIX 105.1 or visit www.kxmx.com