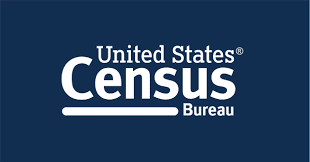 The U.S. Census Bureau is sending an additional paper questionnaire to over 16 million households in low-responding census areas. About 85% of households have completed the 2020 Census with 65% self-responding online, by phone or by mail.
Only nonresponding households that have received only one paper questionnaire in the mail may receive this mailing. This mailing is the last in a series of reminders the Census Bureau has mailed to nonresponding households since mid-March urging them to respond.
The Census Bureau strongly encourages households that have not yet responded to the census to complete their questionnaire by Sept. 30 online at 2020census.gov or by phone in English or 12 other languages. Households do not need their mailed materials to respond. Households that receive this mailing and want to respond using the enclosed paper questionnaire must return it as soon as possible. The Census Bureau will process all paper questionnaires postmarked by Sept. 30 and received at the Paper Data Capture facilities no later than October 7.
Households that have already responded may disregard the mailing. Census takers are now visiting households that have not responded to the census to collect responses in person. Census takers are also visiting some households that have already responded as part of 2020 Census quality checks.
The Census Bureau has released 2020 Census housing unit completion rates that show the 2020 Census self-response rate and Nonresponse Followup rate. About 20% of households have been counted by an in-person visit from a census taker.
The U.S. Constitution mandates a census of the population every 10 years. The goal of the 2020 Census is to count everyone who lives in the United States on April 1, 2020 (Census Day). Census statistics are used to determine the number of seats each state holds in the U.S. House of Representatives and inform how billions of dollars in federal funds will be allocated by state, local and federal lawmakers annually for the next 10 years.
For more information, visit 2020census.gov.
KXMX News Staff
For more news stories stay tuned to The MIX 105.1 or visit www.kxmx.com