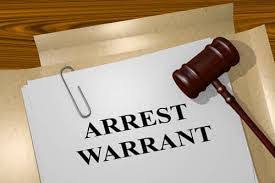 Police are searching for a Sallisaw man accused of assault and battery with a dangerous weapon, reports indicate.

An arrest warrant was issued Sept. 10 for Curtis Roy Darcy, 39, who faces up to 10 years in the State Penitentiary on the felony charge.

On Sept. 8, a Sequoyah County Sheriff’s deputy was dispatched to the emergency room at Northeastern Health System - Sequoyah in Sallisaw to take a report of a possible assault.

Upon arrival at the hospital, the deputy spoke with Branden Davis, who told him he was assaulted by Darcy. Davis said Darcy had been harassing him for the past week and that on the day of the attack and while Davis was driving home from the store, a dark-colored Chevrolet Colorado pickup, driven by a woman, was traveling in front of his vehicle. Davis said Darcy was hanging out the window of the truck and giving Davis the middle finger and motioning for Davis to pull over.

Davis said at that point another vehicle stopped and the occupants said they were going to call the police. That is when Darcy allegedly ran back to his vehicle and left the area.

While speaking with Davis, the deputy saw a 1 1/2 - inch gash on the top of the man’s head.