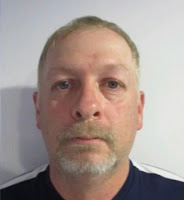 A former Roland police officer was arrested after he was accused of molesting an underage girl.

Mike Porter, who was fired by the Roland Police Department about three weeks ago, surrendered Friday to the Sequoyah County Sheriff’s Office. He was charged with performing a lewd act on a child, a felony.

Roland Police Chief Tommy Sessums said Tuesday that Porter was an accredited reserve law enforcement officer who had worked part-time, several days a week, for the RPD for the past two to three years.

Sessums said that as soon as he learned of the allegation, he immediately suspended Porter and turned the case over to the Sheriff’s Office. The suspension came after a family member of a 12-year-old girl filed a report with police accusing Porter of molesting the girl more than once during the past year.

According to an investigator’s report, Porter told the girl he was giving her a massage and told her not to tell her mother. The report further alleges that one such instance occurred when Porter was supposedly on duty patrolling the Town of Roland.

Porter told investigators he never touched the girl, according to the report. He was released on $25,000 bond.

Another potential victim has come forward with similar claims about an incident that happened 22 years ago, according to investigators.

Porter currently works for the Fort Smith School District as a child nutrition warehouse supervisor. A district representative said he has since been placed on leave pending the outcome of the investigation.