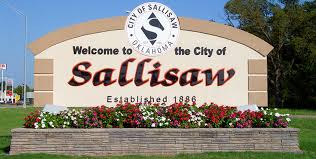 Sallisaw city commissioners moved one step closer to the new splash pad becoming a reality by approving a design engineer to draw up plans. At a special meeting Wednesday night commissioners approved an agreement with Planning Design Group, or PDG of Tulsa, for $27,500 for the design contract. PDG also designed the youth sports complex

The splash pad, which will be located at Jay Reynolds Park, is a $300,000 project. Fifty percent of the cost will be covered by a grant from the Oklahoma Tourism and Recreational Department and the remaining fifty percent will be paid for with the City Youth and Recreational Fund from the city's Hotel and Motel Tax.

"We decided to relocate the splash pad to Jay Reynolds Park a few months back so we went through the process of getting it approved for that location," stated Keith Skelton, Sallisaw City Manager. "My goal right now is to have the splash pad completed by May 1, 2019."

The splash pad design will be a "pass-through type system", according to Skelton. The design is expected to include button activated water features, water buckets and water cannons.

In other city business, two pieces of heavy equipment were designated surplus, a contract with Neel, Harvell and Associates was approved for sanitary sewer improvements for Comanche Street and Redwood Lane, a purchase order was approved to upgrade the traffic signal at Maple and Cherokee,  and the city ordinance was updated, adding an article relating to medical marijuana.