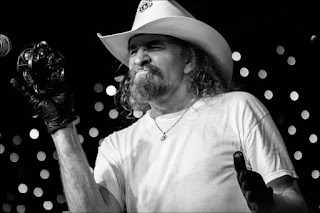 More than just a tribute to Lynyrd Skynyrd, The Artimus Pyle Band gives fans a rock star performance, featuring one of the original members. The APB delivers hit after hit, from fan favorites “Free Bird” to “Sweet Home Alabama.” On May 4, The Artimus Pyle Band takes the stage inside Cherokee Casino and Hotel Roland.

The free concert begins at 8 p.m. inside Lee Creek Tavern.

Pyle has most recently taken his skill on the drums and joined forces with Brad Durden on vocals and keyboard, Scott Raines and Jerry Lyda on guitar, and Dave Fowler on bass to form The Artimus Pyle Band. The foursome has created a sound that brings fans back to their southern rock ‘n’ roll roots, celebrating an era long ago.

Pyle and his Lynyrd Skynyrd bandmates were inducted into the Rock and Roll Hall of Fame in 2006.

For more information on The Artimus Pyle Band, visit www.artimuspyleband.com.