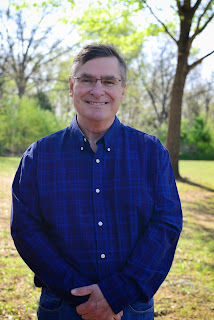 Eddie Martin, Democrat, of Sallisaw,  announced his candidacy for the office of State Senate District No. 4 with the following statement:

“Now is the time for a leader that will listen to, support, and vote for what is best for all of the constituents across the entire District. That is what I will do as your Senator.

“I was raised in Sequoyah County and a graduate of Sallisaw Public Schools. I attended college at Connors State in Warner and transferred to Northeastern State University in Tahlequah, where I received my Bachelor of Arts degree in Social Work.

“After college, my career began as a Social Worker for the Oklahoma Department of Human Services as a Child Welfare Worker. In 1987, Senator Larry Dickerson appointed me the Sequoyah County Election Board Secretary. That same year, I ran and was elected Sequoyah County Democratic Chairman. The following year I was successful in my campaign for 2nd District Democratic Chairman, which encompasses fourteen counties in Eastern Oklahoma. I was also appointed to the Arkansas-Oklahoma River Commission by Oklahoma Governor David Walters. While on the Commission, I lobbied effectively for the city lake in Roland, Oklahoma.

“My wife and I are currently in the long-term care industry and real estate investors, owning and managing commercial and residential properties. We have three boys, all of whom graduated from Sallisaw High School, are college graduates, and reside in Sequoyah County. We are also the proud grandparents of five; and three of our grandchildren are students in the Sallisaw Public school system.

“I stand for education – our children and grandchildren deserve the opportunity to receive the best education possible. In order for this to be achieved we must stand behind and support our teachers and administration.

“I support Oklahoma State Employees – they have been forgotten or ignored by so many legislators for too long.

“I see the need for modernizing infrastructure throughout Dist. #4. Our roads and bridges are in dire need of repair or replacement. I will fight for these funds for the entire district.

“I am a proud supporter of our active military and veterans. I respect them and vow to always work for the Heroes across District #4.

“I believe in the 2nd amendment.

“To the citizens of District #4: I promise to give you the representation you desire and can trust and I assure you that I am the candidate that will do what is right for all the people.

“I am asking all of the citizens in District #4 for their vote and their support in this very important election. Thank you, Eddie Martin.”

Martin faces Democratic opponent Christopher Ford of Poteau in the June 26 primary election. The seat is currently held by Sen. Mark Allen of Spiro, who is one of two Republican candidates for the office, along with Heath Eubanks of Vian.