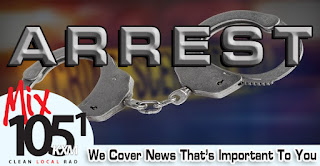 A Sallisaw woman was arrested Wednesday and faces fraud charges after she confessed to crashing a wedding and stealing gift cards.

He and Sallisaw police followed up on where the gifts cards were used, which was at the Sallisaw Walmart store and in Greenwood and Fort Smith, Ark. With that information the investigators obtained video of the transaction from the Walmart store and identified the woman as Armstrong who lives in Sallisaw, and she was brought in for questioning.

“During the course of the interview,” Franklin said, “she confessed to the Oct. 10 theft in Poteau, and confessed to using the gift card at the Sallisaw Walmart.”

In Sallisaw, Armstrong was arrested and jailed on one count of fraud.

Franklin said police in Poteau, Fort Smith and Greenwood are also conducting investigations into Armstrong’s wedding crashing, and more charges may be filed. According to reports, several other area couples have also reported gifts cards taken from their weddings.