Christmas Kicks Off with Parades, Other Celebrations 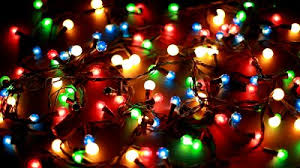 “You Are Never Too Old for Christmas” is this year’s parade theme and Vian Nursing Home residents will be the parade marshals to honor the elders who helped establish Vian.

Joe Haraway, president of the Vian Lions Club, said, “From everything we are hearing, this will be by far the biggest parade we’ve ever had. This is our 37th year and the Lions Club has put the parade on from the beginning.”

Line up for the parade will be at 5:30 p.m. Thursday at the railroad crossing on Highway 82 near the gazebo at Vian Park. The parade will also finish at the park where special guest Santa Claus will be featured. Santa will arrive on a Vian Fire Department truck and will hand out sacks of candy, hear children’s wishes and be available for photos at the gazebo.

Because so many schools are participating, the Lions Club will also award $100, $75 and $50 checks to the first, second and third place school club.

The Webbers Falls Chamber of Commerce Christmas Parade will begin at 10 a.m. Dec. 12.

Lineup will be at 9 a.m. just west of downtown Webbers Falls on Commercial Street. “Christmas on the Farm” is the theme of this year’s parade.

The Gore Christmas Parade will also have the “Christmas on the Farm” theme. The Gore parade will begin at 11 a.m., at the conclusion of the Webbers Falls parade.

The Roland Christmas Parade will be at noon Dec. 12 and is organized by the Roland Chamber of Commerce.

The theme of this year’s parade is “A Patriotic Christmas.” The Wheeler family will serve as grand marshals in memory of Master Sgt. Joshua Wheeler.

Lineup will be at the Roland High School parking lot. Float registrations may be picked up at National Bank, Firstar Bank or the Roland Police Department.

The Roland Christmas Tree Lighting will be at 7 p.m. Dec. 10 at Roland Park. Free hot chocolate and cookies will be provided by Cherokee Nation.

Lineup will be at 1 p.m. and participants may register when they line up.

Hot cocoa and cookies will be served at the bank and Marble City firemen will chauffeur special guest Santa Claus on the town’s fire truck for the parade.

The Sallisaw Chamber of Commerce Christmas parade will be held at 6 p.m. Dec. 12. Lineup will be at 5:30 p.m. on Choctaw Street.

This year’s theme is “Merry Christmas to Our Heroes,” and will honor members of the police and fire departments, sheriff’s office and the military. Judy Martens, the chamber’s executive director, said those planning to have entries in the parade may choose who they wish to honor and interpret the theme however they wish. Entries are due by Dec. 9 at the chamber office at 301 E. Cherokee. The phone number is 918-775-2558.

Prize money will be awarded to the top three entries in each of the parade categories. The categories are schools and school activities, churches and other non-profits, and businesses. The prizes are $125 for first, $100 for second, and $75 for third.

The Sallisaw Chamber’s Shop Sallisaw campaign concludes the same day at noon on the lawn at Stanley Tubbs Memorial Library in downtown Sallisaw when the chamber gives away $6,000 in cash, including the $1,500 grand prize.

Shoppers are reminded to ask merchants for their tickets when shopping, then come to the library at noon on Dec. 12. Shoppers must be present and have their tickets with them to claim prizes if their names are drawn.