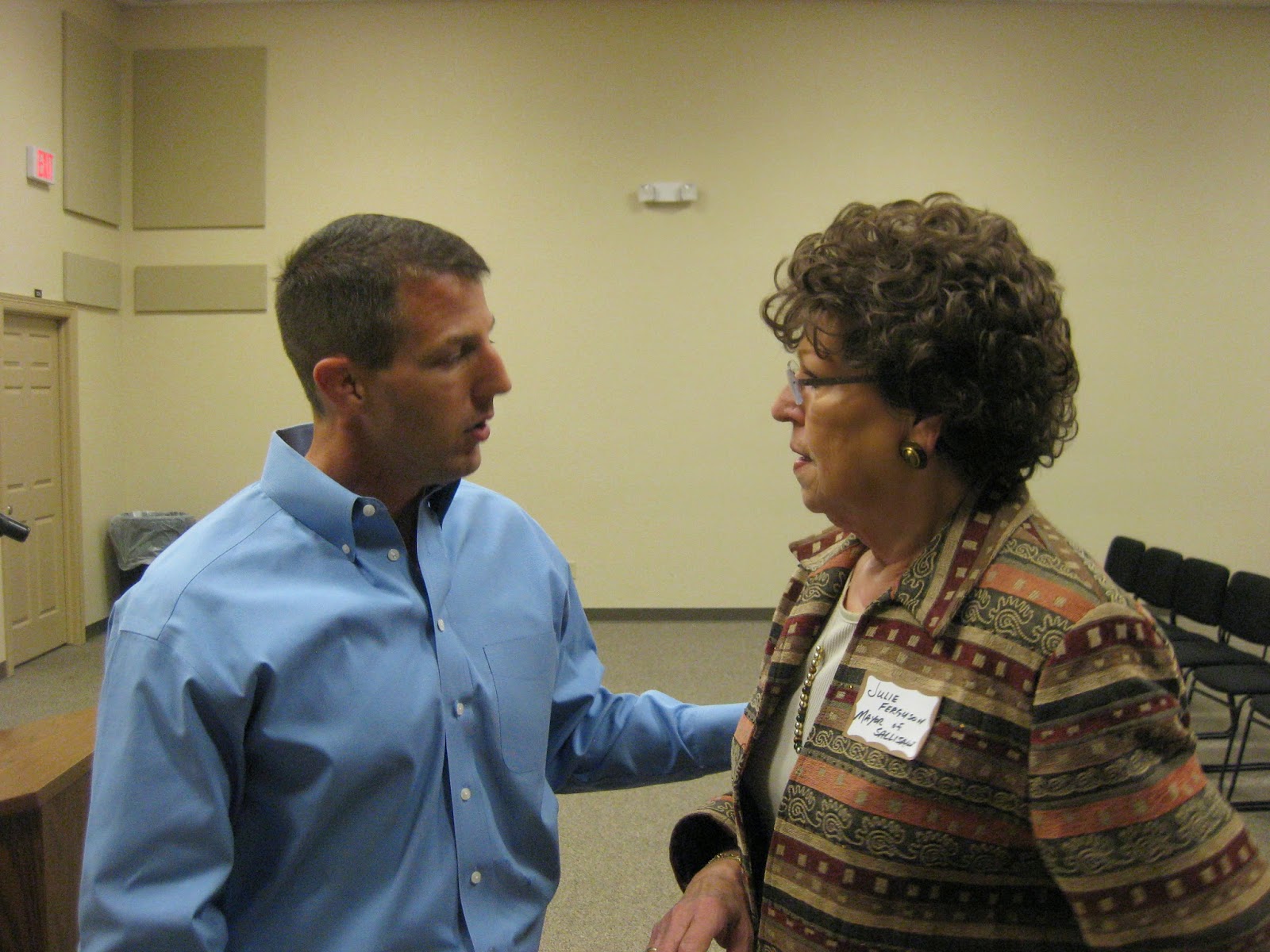 U.S. Rep. Markwayne Mullin visited shortly with Sallisaw Mayor Julie Ferguson at the end of Mullin's town hall meeting Tuesday at People Inc. Mullin said he will work with local communities to improve and entice business to towns and cities. About 20 attended the meeting. Mullin discussed education, veterans' benefits and how politicians in the federal government are more worried about their political careers than the needs of the people. Mullin said that, overall, the VA Administration is doing a good job, but the administration does not have enough funding or accountability. It said all such federal programs are "huge bureaucracies." Mullin said his office has case workers who assist veterans. For information contact Mullin's office in McAlester at 918-423-5951. About education, Mullin said funding and administration are up to the state. But he criticized the federal government for issuing mandates upon education without funding those mandates. As an example he reported his own son, in the third grade, had to study five weeks for a mandated test which 30 percent of the elementary students failed. Mullin accused President Barack Obama and Democrats of "a complete abuse of power." He said about President Obama, "We don't have a leader, we have a politician. . .driven by his own supporters' agendas." In closing, Mullin said changes to the federal government begin on the local level."It starts right here," he said. "We are setting the tone for the next generation." Mullin is a Republican from Westville and represents Oklahoma's 2nd Congressional District which includes most of eastern Oklahoma. stay tuned to KXMX for the latest news, or visit www.kxmx.com. By Sally Maxwell, Senior News Director