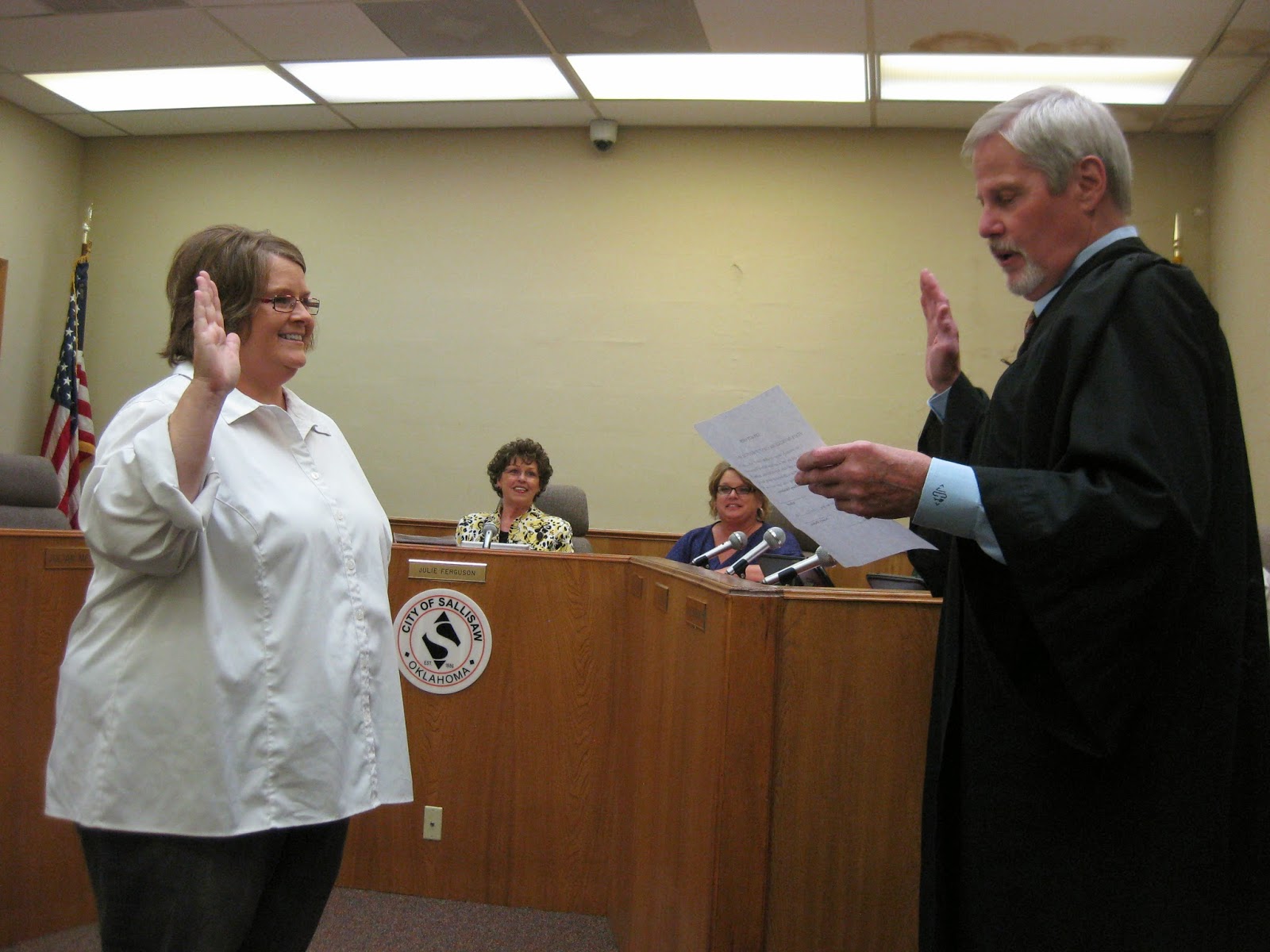 Vicki Sawney was sworn in as Sallisaw's Ward 4 commissioner Monday evening by City Judge John Cripps. Sawney was chosen by city commissioners to fill the post last month, after the previous Ward 4 Commissioner Julie Ferguson, in back, was elected mayor. Also at the meeting Rex Whatley was honored for his 38 and a half years serving on the Sallisaw Planning Commission. Ferguson presented him with a plaque, and said he would still be welcome at all planning committee meetings. 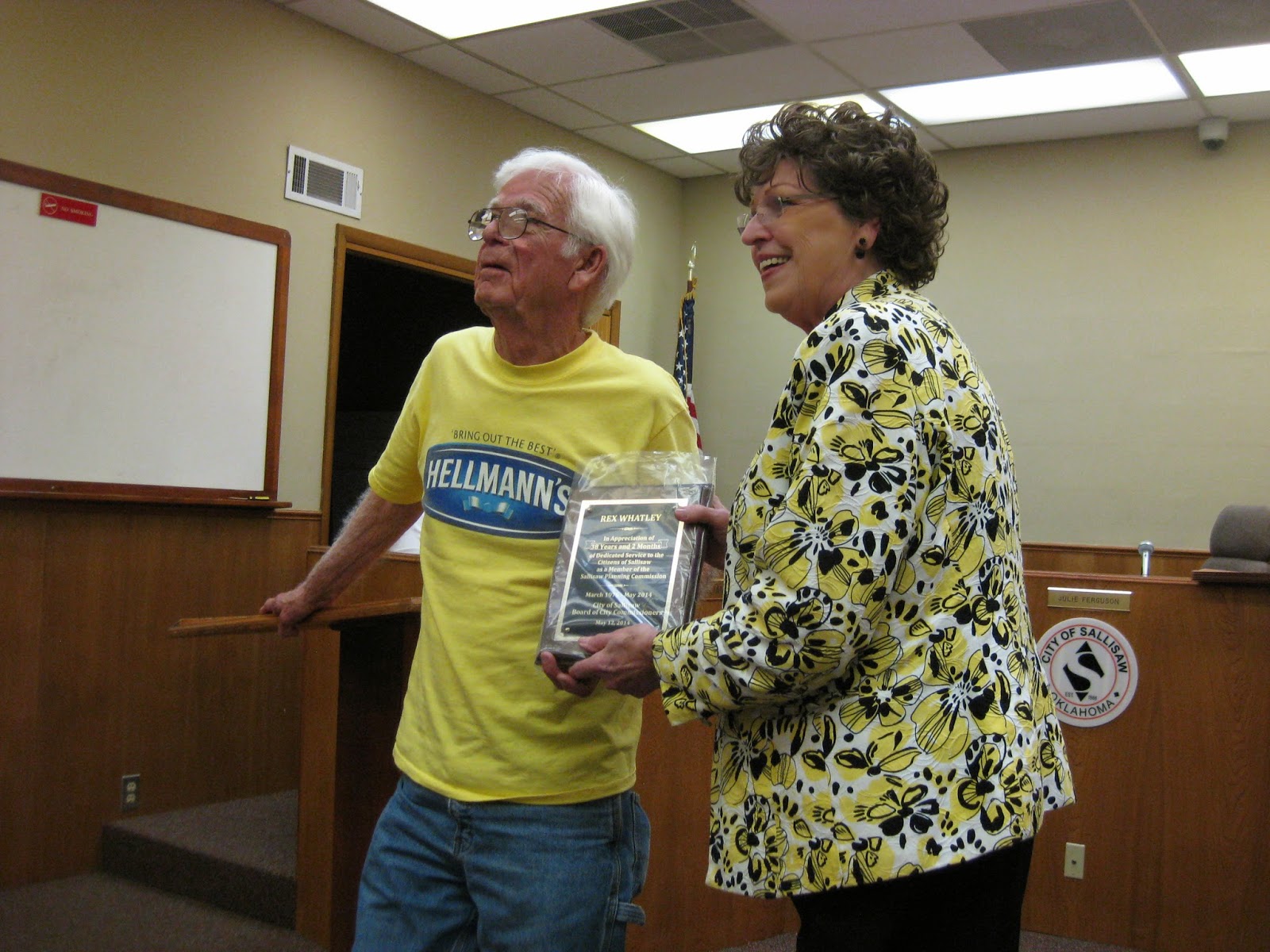 Former City Manager Lloyd Haskins spoke to the commission about the city's debt of $45 million, at a 6 percent interest rate. He said Sallisaw's population was declining while utility rates continue to increase to cover the loss. He said from 2009 to the present the city has lost 2.4 percent of its population. "That's 400 people not paying sales tax and utilities," Haskins said. "We are not going forward or growing." He concluded, "We can't keep losing customers and raising utility rates." Haskins urged the commissioners to consider these issues during their budget meetings later this month. The commissioners opened bids for a high pressure sewer cleaner, which ranged from $43,390 to $57,000, and submitted the bids to the city staff for review.  They also approved the annual contract for operation of the city airport to Fort Smith Aviation Services; approved the purchase of two pickup trucks from Sallisaw Ford; earmarked monies. . .$122,000 from Union Pacific Railroad for closing three city street railroad crossings and $83,000 insurance for the old Extension Building destroyed in a fire. . .to the Capital Improvement Fund; and approved  renewal of the Worker's Compensation Plan, at a cost of $372,000 paid quarterly. That amount is less than last year's due to safety training and implementation.