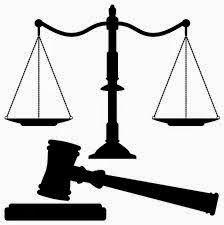 A bench warrant was issued Tuesday for Gary Glenn Caves, 58, of Sallisaw on various drug charges following an investigation by the Drug and Violent Crimes Task Force. Charges filed in Sequoyah County District Court in Sallisaw on the same day are possession of a controlled drug with intent to distribute, possession of a firearm during commission of a felony, maintaining a place for keeping or selling controlled substances, acquiring proceeds from drug activity, and unlawful possession of drug paraphernalia. Task force members had to break down the home's door to enter the home when no one answered knocks or shouts. In the report filed with the charges, the task force members reported finding 10 grams of a white powdery substance that field tested positive as methamphetamines. They also found a digital scales, a .38-caliber hand gun, a loaded .22-caliber rifle, ammunition for both guns, $115 in cash, and 14 counterfeit $100 bills in a storage shed. Caves was not at the residence, and a woman found there said the suspect had been there but she did not know where he went. She also refused to talk about the counterfeit bills. According to court records, Caves will have a bail bond of $50,000. Stay tuned to KXMX for the latest news, or visit www.kxmx.com. By Sally Maxwell, Senior News Director