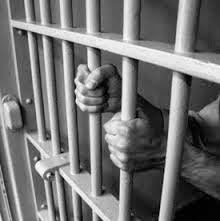 Sequoyah County Sheriff Ron Lockhart said he lost $150,000 Tuesday. That's when the Oklahoma Department of Corrections (DOC) took 20 prisoners, sentenced to state prisons, out of the county jail in Sallisaw. Lockhart explained he was paid $27 a day per inmate who was sentenced in Sequoyah County District Court but had not yet been transported to a state prison. After the prisoner was sentenced and while awaiting transport, the county was paid that $27 a day per prisoner by the state until a cell at a state prison became available. But a new DOC director, Robert Patton, is quickly moving inmates to the state facilities to reduce costs. That doesn't make sense, Lockhart said. According to the DOC website, which lists costs for 2010, the cost per prisoner depends on the prisoner's offense. It costs the state $75.87 per day for maximum incarceration per prisoner, $42.41 for medium incarceration, $40.43 for minimum incarceration, $42.55 for community incarceration, and $36.31 for the work center. Lockhart said the Sequoyah County Detention Center must absorb the money lost. He said a couple employees have quit, and will not be replaced, which is one of several plans to save money. "We will make it," Lockhart said. "We will just have to adjust." Stay tuned to KXMX for the latest news, or visit www.kxmx.com. By Sally Maxwell, Senior News Director
Posted by News Team at 3:39 PM