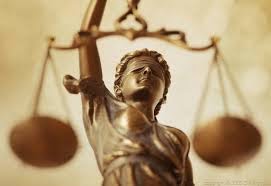 A 57-year-old Bunch man was sentenced in U.S. District Court in Muskogee this week to serve 151 months imprisonment, and was also given a money judgment of more than $395,000 on drug charges. Ralph Eugene Johnson was arrested on charges that arose from an investigation by the Muskogee Police and the Drug Enforcement Agency, the U.S. attorney's office in Muskogee reported. Johnson was indicted in August 2013 and pled guilty in October 2013. The indictment alleged that on June 19, 2013, Johnson was found to possess, with the intent to distribute, methamphetamine and marijuana. Johnson remains in the custody of the U.S. Marshal Service until he is transported to a federal prison where he will serve the nonparolable sentence. Kyle Waters, assistant U.S. attorney, represented the United States in the case. Stay tuned to KXMX for the latest news, or visit www.kxmx.com. By Sally Maxwell, Senior News Director