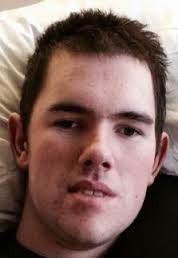 The family of Christian Mayberry filed a civil lawsuit Thursday in Sequoyah County District Court, Sallisaw, claiming a 38-year-old woman was driving an ATV on Sept. 1, 2013, when a wreck occurred that left Christian with severe head trauma. The lawsuit seeks in excess of $75,000, plus court costs and all past, present and future medical expenses. John and Kim Mayberry accuse Angela Landon Gray of wrecking the ATV which threw Christian 12 feet from the ATV, where he lay for at least three hours before being discovered. It is also alleged that Gray was intoxicated at the time of the accident. Christian, now 17, is slowly recovering, and is in rehabilitation. Gray's teen son and Kyle Lewis Brannon, 18, were arrested last month on allegations that they were called to the accident scene by Gray, and they destroyed evidence by removing a cooler and beer from the scene, and for obstructing law enforcement. It is alleged they may have moved Christian. Gray has admitted she was a passenger on the ATV. Stay tuned to KXMX for the latest news, or visit www.kxmx.com. By Sally Maxwell, Senior News Director