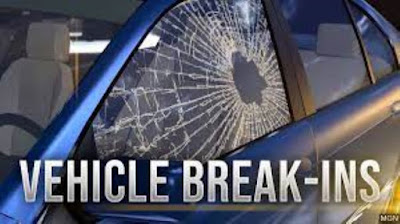 A rash of car burglaries has the Muldrow Police Department searching for an unknown suspect, Police Chief George Lawson said Tuesday.
“We’ve had four car break-ins that started March 20,” he said. The four break-ins in the Woodland, Fargo, Inola and Caddo areas occurred on unlocked vehicles, he noted. Two other vehicles, both locked, were also damaged but nothing was taken from them, Lawson said.
Among items taken in the break-ins include firearms and cash.
Most of the crimes took place under cover of darkness, Lawson said, and there have been very few clues leading to a possible suspect.
Lawson urged residents to be vigilant and call the Muldrow Police Department if you notice anything suspicious. Be sure and lock your vehicles, Lawson cautioned.