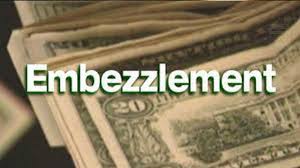 An arrest warrant was issued Dec. 11 for a Sallisaw woman who allegedly stole from the elderly couple that had hired her to help them.

Sandra Elizabeth Swearingen, 44, who also goes by the last name Starks, is facing two felony charges in the case, exploitation of an elderly person, embezzlement and a misdemeanor count of unauthorized use of a credit card.

According to a police report, a detective with the Sallisaw Police Department learned that Starks had been living with the victims at their Sallisaw home.

The couple reported that they had had money stolen from them, along with a Discover credit card. The female victim said she and her husband were in bad health and had hired Starks to help take care of them. The woman further stated that from July 1 to Aug. 9, there had been multiple bank transactions/withdrawals totaling $2,700 from their account.

The woman said she confronted Starks, who admitted to withdrawing money from and hiding the transactions from the couple. Starks allegedly admitted that after making an approved purchase with the card, she would additionally make another charge with the card and withdraw cash.

Starks pleaded that charges not be pressed against her and said she would continue working for the couple for free.

Since that incident, Starks was found with the stolen Discover card and had made $300 in purchases with it.

A deputy met with Starks on Nov. 19, who said she had been paying back the money she had stolen based on arrangements she had made with the elderly victims.

A check with the couple revealed that Starks had made two payments totaling $300 to them and had come by their house and worked for them. On the days Starks worked at the home, the couple agreed to knock $50 off her debt.

The couple reported that the Discover card had been removed from the husband’s wallet and used at the Sallisaw Walmart. The couple noticed the transactions after they had agreed to let Starks repay the debt. At this point, the couple said they were fed up and wanted to pursue charges. The couple provided receipts showing that the card had been used five times from Sept. 30 through Oct. 18 totaling about $223.

Surveillance video from Walmart was used to identify Starks as the one who made the purchases.

The charge of exploitation of an elderly person is punishable by a fine of up to $10,000, up to 10 years in prison or both. The embezzlement count carries a penalty of imprisonment in the State Penitentiary for up to two years or up to one year in the county jail, a fine of up to $5,000 or both.

The misdemeanor unauthorized use of a credit card charge is punishable by a fine of up to $500, imprisonment for up to 30 days or both.