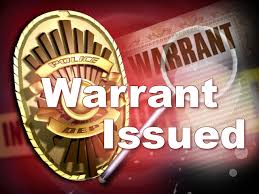 An arrest warrant was issued Nov. 25 for a Muldrow man who allegedly escaped from the Roland City Jail on Nov. 17.

On the day of the reported escape, a dispatcher said Joseph Buckhanan, 33, asked guards if he could step outside the jail for a moment. He exited the building at 9:24 a.m., a police report reveals, and about four minutes later he was not visible on camera.

Buckhanan was named a jail trusty on Nov. 15.

A look inside the jail and a trip outside failed to locate the suspect. Officers then searched the area, still not finding the man. Two witnesses told them they had seen Buckhanan running toward the school.

Later on, another inmate asked the dispatcher if Buchanan had fled, and when asked whether he knew Buckhanan was planning to escape he said the man had been planning to run since he came to jail. The inmate also stated that some of his clothing was stolen from his cell, clothing later discovered near the car wash area behind the Roland Fire Department.

Buckhanan was initially arrested on a Roland city warrant Nov. 14 and charged with failure to appear on charges of having an expired driver’s license, having no insurance and following too close. He became a jail trusty on Nov. 15.

The felony warrant is for the charge of escape from a city jail, which is punishable by imprisonment for up to seven years.