Man Charged with Assault on a Deputy 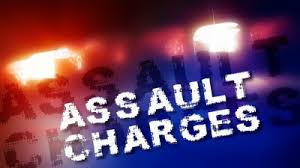 A Sallisaw man who allegedly threatened a female detention officer Dec. 7 with a sharpened pencil was charged with assault and battery with a dangerous weapon.

Jeremiah J. Caves, 36, was also charged with possession of contraband in a jail facility, records show.

On Dec. 7, the woman called a Sequoyah County Sheriff’s deputy and stated that Caves, an inmate, had held up a sharpened pencil and said, “You’re going to let me make a phone call or it’s about to f****** happen!”

The woman also reported that inmates in the Sequoyah County Jail’s north pod had warned her Caves was acting strangely and had the weapon tucked in his sock.

Once deputies arrived at the jail, they locked down the pod before entering and taking Caves to be placed in a holding cell so he could be watched.

After the pod was locked down, a deputy entered a door, where he was immediately met by Caves. While walking through the door, Caves said, “About … time! I need to talk to the …. feds!”

Caves was ordered to take a seat and deputies noticed that his fists were clenched and he was breathing heavily. A deputy ordered Caves to remove the weapon from his sock, at which point the inmate immediately became agitated and started cursing, but he complied with the request.

Because of his demeanor and possession of the weapon, another deputy kept a Taser pointed at Caves while he removed the pencil. After handing over the weapon, Caves said, “Every one of those ************* (the other inmates) have one on them. We all got one! Why are you doing me like this?”

After making Caves face away from him, a deputy patted the man down but found no other weapons. Caves was then placed in the holding cell without incident.

Caves’ next court appearance is set for 9 a.m. Jan. 22 before Judge Kyle Waters.