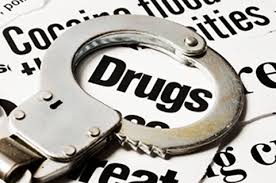 Two Sallisaw women were recently arrested on drug charges, according to a police report.

Crystal Rose Whisnant, 28, was charged with felony possession of a controlled drug with intent to distribute, the report reveals.

On Dec. 1, a city detective was traveling east on Creek Street when he pulled up behind a four-door Chrysler sitting at the stop sign at Creek and Wheeler Avenue. The detective could see that neither the driver nor the passenger was wearing their seat belts.

As the officer continued following the vehicle, he could see the driver attempting to put her seat belt on. He then initiated a traffic stop.

Whisnant, who was driving, told the officer that she didn’t have her driver’s license but did have her Social Security card, which she gave him. She said she didn’t know where the insurance information was because the vehicle was owned by the passenger’s grandmother.

A check with dispatch revealed that the two in the car did not have any outstanding warrants, but Whisnant had a suspended Oklahoma driver’s license.

The officer then placed Whisnant under arrest. When she was searched, officers discovered two clear zipper bags that contained a white, crystalline substance inside the pocket of her hoodie. She then pointed out that she still had one more bag inside her hoodie pocket and that she also had marijuana and some syringes inside her bra.

Whisnant was arrested and transported to the Sallisaw City Jail. The passenger was released with no charges.

The drugs found on Whisnant tested positive for methamphetamine and marijuana.

The felony drug possession charge is punishable by imprisonment in the Department of Corrections for up to five years and a fine of not more than $20,000.

According to a police report, two law-enforcement officials went to America’s Best Value Inn in Sallisaw after receiving a report that Ray was in Room 205 and allegedly doing illegal narcotics.

When they knocked on the motel room’s door, officers saw Ray standing in the back of the room, reaching out toward the wall and quickly pulling her arms back after dropping an item.

As the officers entered the room, they discovered Tamra and John Heckel, who said it was their room. Ray walked over to where an officer was standing and said “That is all mine.” When asked what she meant, Ray pulled up a plastic plate on a shelf and removed a small, plastic bag containing a white, crystalline substance and stated that the Heckels “knew nothing about it.”

Ray then picked up her purse and said anything inside it was hers, along with a makeup bag on the floor. When asked what was inside, Ray said there were some scales and a plastic spoon. She said there were also about 7 grams of methamphetamine in the bag she had dropped when the officers entered the room.

In the makeup bag, police found a set of silver digital scales, a set of black scales and a hollowed-out pen. In Ray’s purse, officers discovered a glass smoking pipe with burn marks and a white, powdery substance.

Ray was then transported to the Sequoyah County Jail.