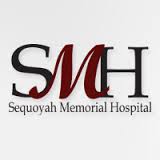 Sequoyah Memorial Hospital’s Emergency Room is open for patients who walk in or are driven in by personal vehicle. The emergency room remains on divert status for ambulances only. Patients being taken for medical treatment by ambulance are taken on to other hospitals.

Debbie Knoke, hospital administrator, said the hospital’s mechanics and electricians are assessing a problem believed to be in the hospital’s wiring. As soon as the problem is corrected and the divert status lifted, it will be announced.

Personnel were contending with a short in the hospital’s wiring late Wednesday and on Thursday, and have placed the hospital’s emergency room only on ‘divert status.’

David Martin, the hospital Human Resources director, explained the divert status means emergencies should go elsewhere while a problem with the electrical wiring at the Sallisaw hospital is diagnosed.

The problems began when one of three transformers which serve the hospital burned out at about 4 p.m. Wednesday, a city spokesman said, and that caused trouble with the hospital’s wiring. Sallisaw electric department personnel had a transformer on hand, and had it installed and on line within four hours, they reported.

A small motor in the hospital then overheated and began to smoke. The Sallisaw Fire Department was dispatched to the hospital at about 9 p.m. but the call was cancelled when hospital personnel put out the small fire with fire extinguishers.

Electric department personnel said there appeared to be a short in the hospital wiring.

Martin said the hospital is working with the city’s electric department and mechanics and electricians to find and repair the problem.

“All patients are safe,” Martin emphasized.